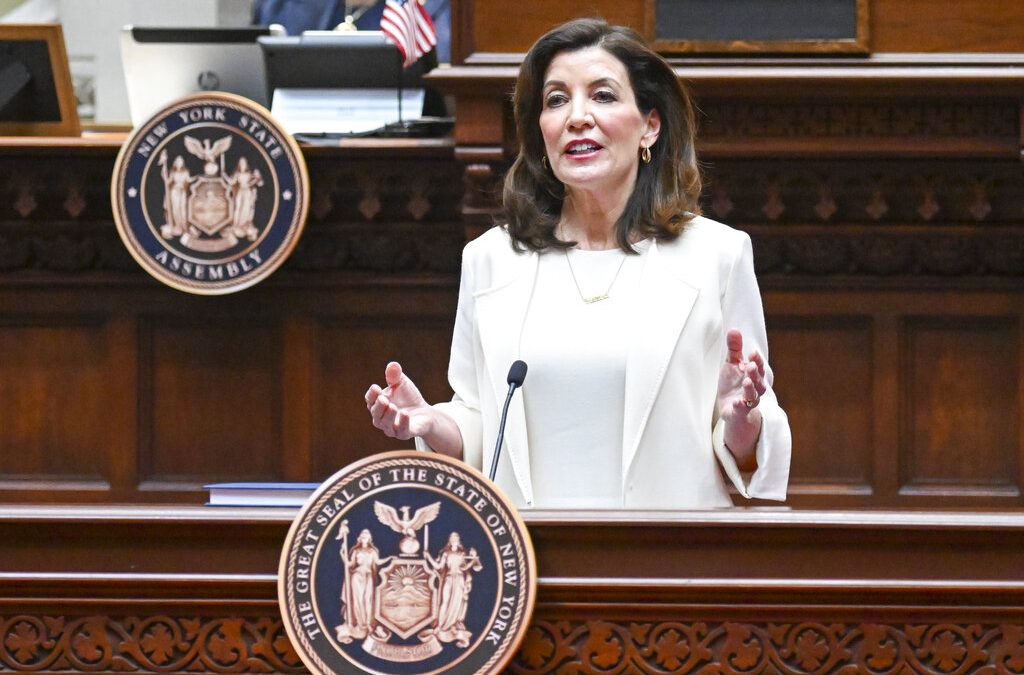 New York Governor Kathy Hochul (D) signed a bill expanding abortion access in the Empire State. She approved six bills to make her state a “safe haven” for the procedure in case the Supreme Court rules Roe v. Wade to be unconstitutional.

“Our heart goes out to the women in those other states, we’ll be there for the women of other states,” stated the governor. “And mark my words, just never, never, here in the state of New York because New York has always been a beacon for those yearning to be free. And I want the world to hear that that will never change”.

The laws are intended to provide legal protections for both abortion participants and providers from outside states where the operation may be outlawed, including the prevention of New York authorities from cooperating with outside law enforcement agencies in abortion-related investigations as well as restricting out-of-state medical malpractice insurance claims against New York abortion providers. Additionally, Empire State abortion providers will be immune to professional misconduct charges while institutions that refuse to perform abortions may be sued.

Under one of the provisions, abortion providers may even obscure their addresses in order to evade legal action. The governor also announced the formation of a task force that will research the effects of pro-life pregnancy centers. Hochul alleged these protections for abortion are by extension protection for so-called “bodily autonomy.”

“Because as the first female governor of New York, I take this personally and that’s a fight I’m willing to take on,” she continued. “Not just on behalf of the women of New York, but for women all across this nation. I refuse to go backwards and I promise you, as long as I’m governor, we will not because these are rights that have been fought for, for generations. And New York State has led every step of the way.”

Meanwhile, the Supreme Court could hand down its decision on Roe as soon as Wednesday. Should the measure be stricken down, each state will have sovereignty over its own abortion policy.