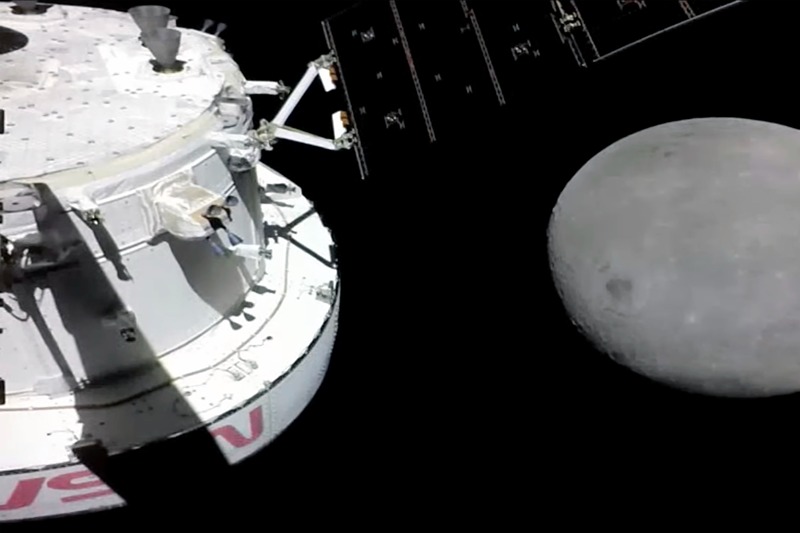 NASA’s Orion made its closest lunar approach for the first time in 50-years as part of the Artemis 1 mission. The mission aims to return astronauts to the moon. No one has visited the lunar surface since 1972.

According to the National Aeronautics and Space Administration live broadcast, the spacecraft passed about 81-miles above the lunar surface on Monday. Orion will now be entering what is called distant retrograde orbit (DRO), which means it will provide the spacecraft with a stable route around the moon in the opposite direction from which the moon travels around earth. This orbit will not require the Orion to use as much fuel. NASA also confirmed that Orion is set to travel around 40,000 miles beyond the moon at its farther point while in that orbit.

The Artemis 1 mission manager, Michael Sarafin, said that this was a stress test for the capsule. However, its launch last week met and exceeded their expectations. According to NASA officials, the burn, which was created to assist Orion in entering an orbit around the moon, used the moon’s gravitational pull to help the spacecraft shift into an orbit. It will spend around six days in orbit.

The program manager of Orion, Howard Hu, spoke about the mission.

“And we’re like kids,” he said. “As soon as the pictures came out, people were taking pictures of what was on the screen and just smiles across the board. I mean, this is a, like I said, just not for me. I only dream for many people who work at NASA and who work with us on a contractor team and across in both engineering and flight operations and it’s a tremendous day.”

Hu is also hopeful that if everything goes as planned during the 3-week mission, a crew capsule will be sent into a wide orbit around the moon and splash down in the Pacific Ocean in December. The head of the Orion Lunar Spacecraft Program also said that humans could be active on the moon and will be doing science for durations by 2030.