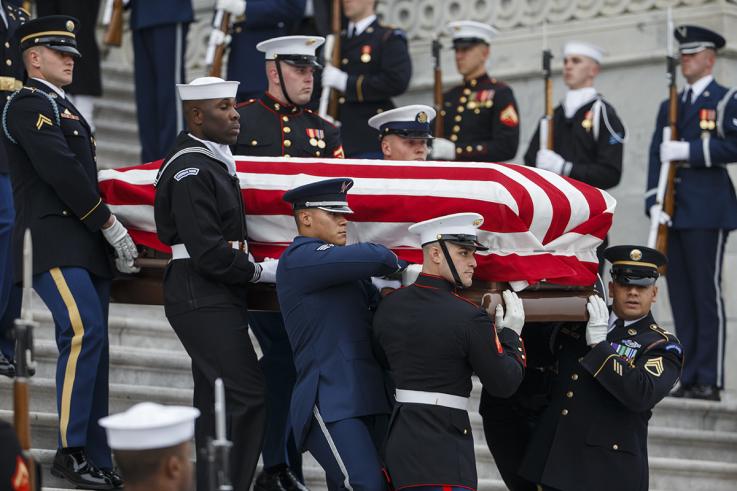 The nation gathered to honor the life and legacy of former president George Herbet Walker Bush at the Washington National Cathedral Wednesday.

There were around 3,000 mourners from across party lines in attendance, including the nation’s four living ex-presidents and President Donald Trump.  However, the current president did not speak at the event at the request of the Bush Family, breaking from custom.

Instead, Bush’s son, former president George W. Bush, offered a tearful eulogy for his father in what was the most touching moment of the proceedings. 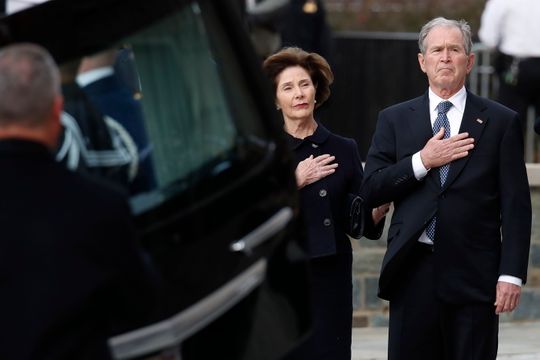 “When the history books are written, they will say that George H.W. Bush was a great president of the United States, a diplomat of unmatched skill, a commander in chief of formidable accomplishment and a gentleman who executed the duties of his office with dignity and honor,” his son said.

“He showed me what it means to be a president who serves with integrity, leads with courage and acts with love in his heart for the citizens of our country.”

Bush died Friday at the age of 94.

He will be laid to rest with his wife of 73 years, Barabra, who died in April, and daughter, Robin, who died from leukemia at 3 years, at his Presidential Library and Museum in Texas.