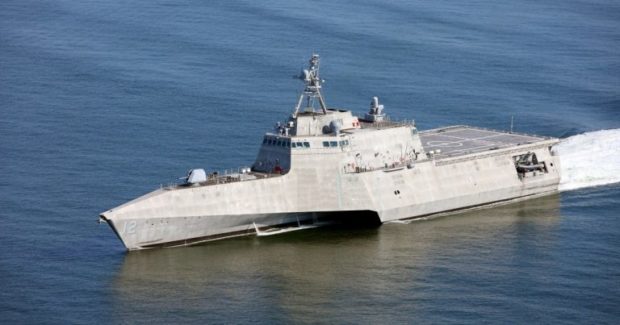 The principal speaker is the Honorable Meredith Berger, Performing the Duties of the Under Secretary of the Navy. Additional speakers include Vice Adm. William Galinis, Commander, Naval Sea Systems Command; Rear Adm. Casey Moton, Program Executive Officer for Unmanned and Small Combatants; and the Honorable Steve Genisot, Mayor of Marinette, Wisconsin; and shipbuilders Steve Allen, Lockheed Martin Vice President of Small Combatants and Ship Systems, and Dario Deste, President and Chief Executive Officer of Fincantieri Marine Group. The ship’s sponsor, the Honorable Jennifer M. Granholm, will break a bottle of sparkling wine across the bow in a time-honored Navy tradition.

“The future USS Marinette will be the second U.S. Navy ship honoring the important naval heritage and shipbuilding history the city of Marinette is known for,” said Secretary of the Navy Carlos Del Toro. “I have no doubt the Sailors of USS Marinette (LCS 25) will carry on the proud legacy from generations past and will stand ready to respond to any mission, wherever, and whenever, there is a need.”

LCS 25 is the 13th Freedom-variant LCS and 25th in the LCS class. It is the second ship named in honor of the city of Marinette, Wisconsin. The first Marinette (YTB-791), a Natick-class large fleet tugboat, was launched in 1967 and performed miscellaneous tugging services in the 5th Naval District, headquartered at Norfolk, Virginia.

Content created by Conservative Daily News is available for re-publication without charge under the Creative Commons license. Visit our syndication page for details.