FILE – In this Feb. 15, 2020, file photo sign in on tablet computers at an early voting location in the Chinatown Plaza, in Las Vegas. (AP Photo/John Locher, File)

Nevada’s Democrat Party has reportedly asked volunteers working during Saturday’s caucus to sign nondisclosure agreements, which will prevent them from speaking with the media. A former volunteer provided CNN with a copy of the agreement on Friday and said he could not sign off on it “in good conscience.”

A spokesperson for the state’s party has claimed the agreements are “standard procedure.” However, aides that participated in the Iowa caucus have said they were not asked to sign NDAs.

Nevada’s Democrat caucus is slated to take place this weekend. 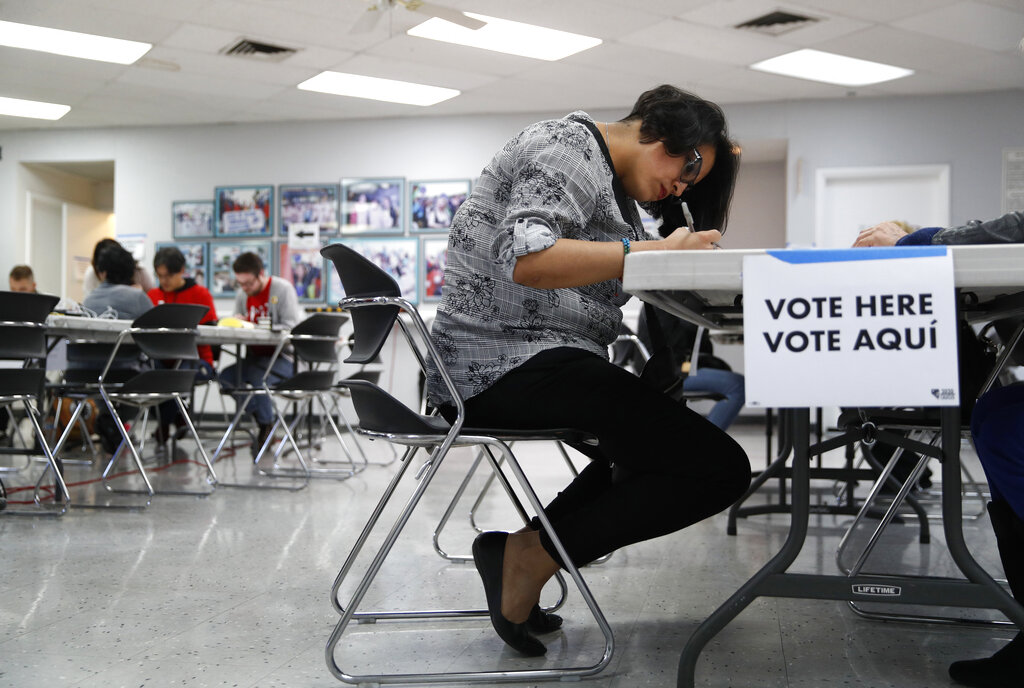 Meanwhile, Congress is expected to receive a briefing on election security next month. According to Speaker Nancy Pelosi (D-Calif.), the House and Senate will receive separate briefings on March 10th.

Recent reports claimed Russia has been “actively working” to reelect President Trump by interfering in the 2020 campaign.

The president later railed against this on Twitter, calling these reports a Democrat-led “misinformation campaign.”

Another misinformation campaign is being launched by Democrats in Congress saying that Russia prefers me to any of the Do Nothing Democrat candidates who still have been unable to, after two weeks, count their votes in Iowa. Hoax number 7!

The security briefing is scheduled for the week after Super Tuesday, when more than a dozen states will be voting in their primary elections.