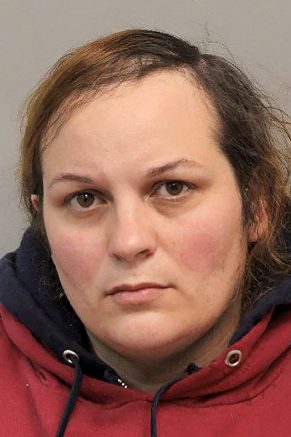 An affidavit has provided more insight into the days leading up to and following the murder of a Texas mother as well as the kidnapping of her three-week-old daughter. The affidavit, released Monday, brought forth more allegations against 33-year-old Magen Fieramusca, who has been charged on third-degree kidnapping and corpse tampering charges in the case.

According to the Affidavit, Fieramusca may have had a plot to kidnap newborn Margot Carey. It alleges Fieramusca told her ex-boyfriend she was pregnant, and then she tried to pass off Carey as their own. She allegedly brought Carey home and told him she gave birth without him, but couldn’t explain where she had the baby. However, Fieramusca was in the delivery room when close friend, 33-year-old Heidi Boussard, gave birth to Carey.

This paragraph of Fieramusca affidavit details the apt complex witness account of what happened around the time Heidi Broussard went missing @cbsaustin pic.twitter.com/0CaHUswUsW

“We had all prayed that we’d be able to find Heidi alive,” said FBI Special Agent Christopher Combs. “Unfortunately, as the Chief expressed, we don’t believe that is the case.”

The affidavit also described Fieramusca’s search history just days after Broussard’s disappearance. Some of the searches included “bodies found in Austin,” “Amber alerts” and she even searched Broussard’s name more than 100 times.

Baby registries were also found in her name. Police said it was unclear if Fieramusca was ever pregnant at all or if she faked a pregnancy in order to kidnap Carey.

Community members and friends reflected on Brossaurd’s tragic passing and the memories she had left behind.

“She was an awesome mom to begin with, and an awesome friend,” said Marie Castillo, friend of the victim. “She had a beautiful spirit about her, she was always happy.”

Murder charges have not been brought against Fieramusca or any other suspect in the case, although police recovered Broussard’s body from Fieramusca’s car. The autopsy showed Broussard had been strangled to death.

Newborn Carey was recovered safely from Fieramusca’s home, following the grim discovery of her mother. The baby has has since been returned to her father.