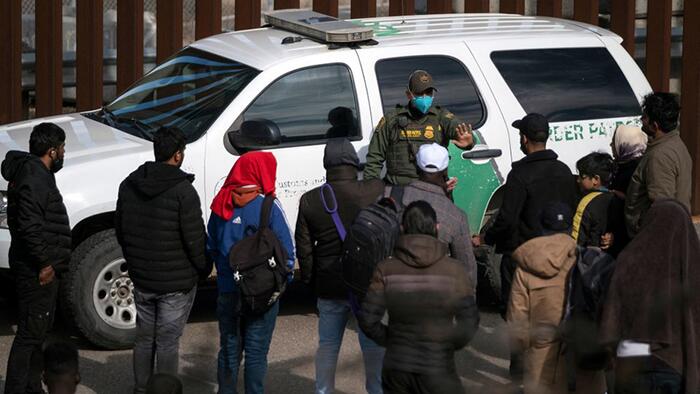 New data compiled by the Customs and Border Protection agency has revealed that a record number of 73,000 undocumented migrants were able to escape into the U.S in November alone.

The data, obtained by Fox News and highlighted by reporter Bill Melugin, reveals that 137,000 ‘gotaways’ were encountered since the beginning of October, which equates to at least 2,400 per day.

Biden’s border crisis is getting worse. The border isn’t “secure” like the admin falsely claims. https://t.co/8KPOaWlVte

The data now documents that in FY2022 there were almost 600,000 gotaways, nearly double last year’s total.

The data also indicates that in total there were at least 207,000 migrant encounters at the Southern border in November. In the same month last year there were 174,000, and in 2020 there were 72,113 encounters.

This means that in 2022 there have been more than 2.3 million migrant encounters.

Melugin also noted that the El Paso Texas Sector alone there were 1,926 migrant encounters in one day, and a year total of 105,263, an increase of 257 percent.

Over 105,000 illegal crossings in the El Paso sector in just two months, including nearly 2,000 in last 24 hours alone. Up 257% over same time last year.
And this is with Title 42 still in place.
Buckle up for when it drops in 3 weeks. https://t.co/dPgRkHACYD

The reporter further noted that Title 42, which allows officials to turn back migrants on the grounds of public health concerns, is still officially in place and the numbers are likely to sky rocket when it is removed on December 21.

Don’t take my word for it. DHS upper projections say could be up to 18,000 a day after it drops. I don’t think it will be that high, but migrants will cross en masse knowing they won’t be immediately expelled and they expect release. POE programs capped & limited to nationality.

Melugin has continually highlighted the vast numbers of people trying to cross the border, noting that it happens “every morning.”

There has also been a huge uptick in terror suspects apprehended at the border, but it not known how many managed to enter the country.

Despite the revelations, Biden officials, including Homeland Security head Alejandro Mayorkas, continue to state that the border is secure.

The White House claimed earlier this week that Biden himself has been to the border, an outright lie.

This is not true. President Biden has never visited the border in his entire political career.

He drove past the border in the El Paso, TX area while on the campaign trail in 2008. https://t.co/gMmlgUrZF2