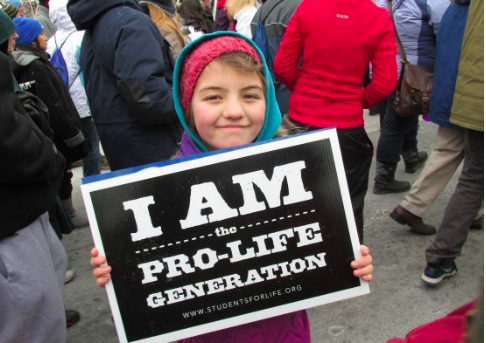 A new Gallup poll on abortion in the United States shows that pro-lifers are gaining ground in the war against abortion, with a majority of people saying they oppose abortion in all or most cases!

Typically the Gallup poll has found in majority of Americans oppose all or most abortions even though some Americans who technically take a pro-life position opposing abortion wrongly think they are supposedly pro-choice.

In the past, the Gallup survey has found for many years that roughly half or just over half of Americans oppose all or almost all abortions. The newest polling data is no different.

Gallup found 52% of Americans take a pro-life position on abortion wanting all (19%) or almost all 33% abortions made illegal. That’s a decline of 3% from its 2020 poll.

The poll found just 45% of Americans take a pro-abortion position wanting all (32%) or almost all (13%) abortions legal. That is up from the 43% figure Gallup found last year. Only 32% of Americans agree with pro-abortion Joe Biden that all abortions should remain legal up to birth.

This news gives even more credibility to what pro-lifers have been saying for years that abortion not only is unthinkable, it is wildly unpopular with the electorate.