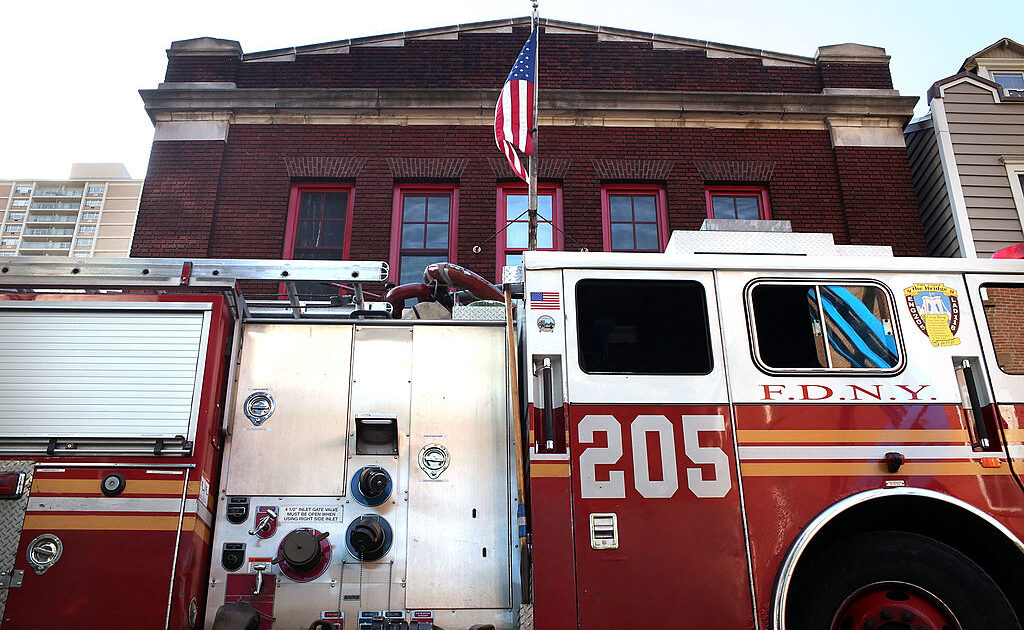 NEW YORK – NOVEMBER 19: A fire truck sat outside of a Brooklyn fire house on November 19, 2010 in in the Brooklyn borough of New York City.  (Photo by Spencer Platt/Getty Images)

Authorities in New York City are investigating an eight-alarm fire that injured at least 21 individuals, including 16 firefighters, and displaced more than 200 residents.

In Queens on Tuesday, first responders said a fire broke out on the top floor of a six-story apartment building around 1 p.m. local time.

FDNY members continue to operate on scene of a 4-alarm fire at 89-07 34th Avenue in Queens. pic.twitter.com/jHMk36gMDq

Roughly 400 New York firefighters responded to the blaze, with 130 units on scene. The Red Cross was able to set up nearby to help those suffering from burns and other injuries.

Officials said the fire was able to spread so quickly due to a door being left open.

FDNY Commissioner Daniel A. Nigro provides an update from the scene of a 7-alarm fire at 89-07 34th Avenue in Queens. Read more: https://t.co/hsgC1aaImq pic.twitter.com/iN2iEJWeGR

“The door was open, The occupant fled, left the door open,” FDNY Commissioner Daniel Nigro stated. “We’ve stressed over the years the seriousness of that if you do unfortunately have a fire in your home or apartment, how important it is to close that door.”

Witnesses said smoke could be seen for miles, with the fire lasting for about six hours. Firefighters are still working to determine the cause of the blaze.