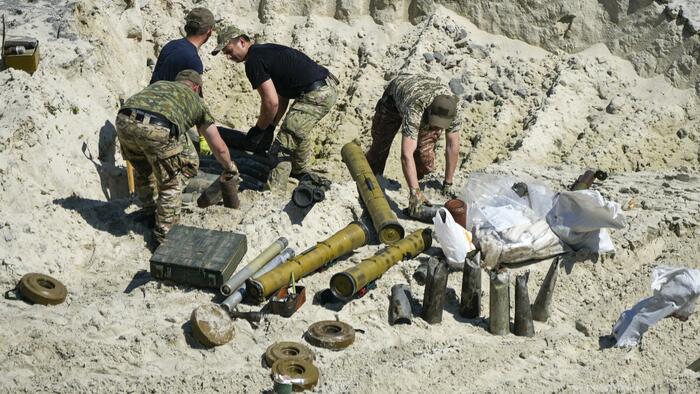 An urgent warning was recently issued by President Muhammadu Buhari himself. An official statement posted to the website of the Nigerian presidency’s office said that Buhari “urged more vigilance and tightening of security around borders, drawing attention to the increased number of arms, ammunition, and other weapons from the Russia and Ukraine war in the Lake Chad Basin.”

It marks the clearest confirmation yet that weapons intended for Ukrainian forces are exiting the country in large numbers, precisely as many observers feared given the billions of dollars worth of arms that have been pumped in over the course of the nine-month war.

President Buhari said, “Regrettably, the situation in the Sahel and the raging war in Ukraine serve as major sources of weapons and fighters that bolster the ranks of the terrorists in the Lake Chad Region. A substantial proportion of the arms and ammunition procured to execute the war in Libya continues to find its way to the Lake Chad Region and other parts of the Sahel.”

He continued, “Weapons being used for the war in Ukraine and Russia are equally beginning to filter to the region.”

“This illegal movement of arms into the region has heightened the proliferation of small arms and light weapons which continues to threaten our collective peace and security in the region. There is, therefore, the urgent need for expedited collaborative actions by our border control agencies and other security services to stop the circulation of all illegal weapons in the region,” Buhari noted.

Critics of the massive US weapons pipeline to Ukraine have long pointed out there’s no accountability or appropriate tracking once those arms enter the country, presenting ripe opportunities for criminals, terrorists, or lucrative black market arms sellers to take advantage.

After #Nigeria‘s President Muhammadu Buhari’s clear warning, will we see more #US weapons making it into the hands of terrorist organizations?#Ukraine https://t.co/hkONcaWatV

In October, Finland began warning it too is seeing West-supplied weapons to Ukraine make their way to different countries, and falling into the hands of criminal gangs.

NBI, which is Finland’s federal National Bureau of Investigation, had sounded the alarm at the time, saying in a statement, “We’ve seen signs of these weapons already finding their way to Finland.”

“Weapons shipped [by various countries] to Ukraine have also been found in Sweden, Denmark and the Netherlands,” NBI Detective Superintendent Christer Ahlgren was quoted in the Finnish media as saying.