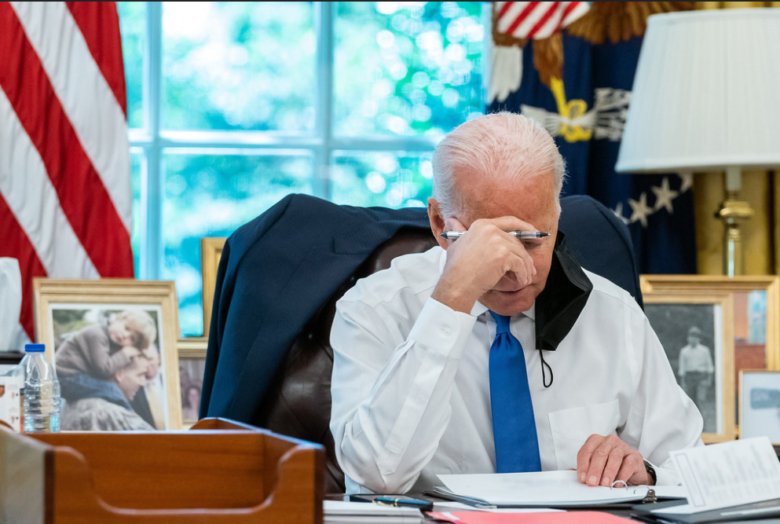 Former U.N. Ambassador Nikki Haley’s political action committee will launch a new ad on Tuesday attacking the Biden administration for skyrocketing inflation, right before the president is set to address it.

The ad, released by the Stand For America PAC, uses a fictional family of four to demonstrate how prices have affected the American people. It cites a CBS News report estimating rising gas prices could lead households to pay up to $2,000 more per year, as well as a Bloomberg report estimating inflation could cost a household $5,200 every year.

“What are the Democrats who control Washington doing to help? Spending more of your hard-earned money,” the ad says. “They’ve approved trillions of dollars of new spending in the last year and a half alone.”

The ad points to the $1.9 trillion American Rescue Plan Act, which was passed along party lines, as well as the $1.2 trillion Infrastructure Investment and Jobs Act, which had bipartisan support, as reasons for higher prices.

“The DC spending addiction is out of control and we’re paying more at the pump and grocery store than ever before,” Haley told the Daily Caller News Foundation in a statement.

“Politicians need to manage the government’s budget just like families all over America—by making sure they’re not spending more than they take in,” she said. “If we don’t pump the brakes now, there’s no telling how devastating Biden’s agenda will become.”

The ad calls for Congress to balance the budget and end “pork-barrel” projects, a term used to describe spending toward localized initiatives in order to bring more money into a politician’s district.

An April poll conducted by Public Opinion Strategies, which was commissioned by Americans for Prosperity, found that 61% of Americans blame Biden for price increases, while 75% said inflation impacted the items they purchased over the last year.

Biden’s speech Tuesday is expected to target policies proposed by the GOP, such as the policy agenda released by Florida Sen. Rick Scott, chair of the National Republican Senatorial Committee, Axios reported. Democrats have argued it will raise taxes on 75 million Americans and hurt programs like Medicaid and Medicare.

“He’ll detail his plan to fight inflation and lower costs for working families, and contrast his approach with Congressional Republicans’ ultra-MAGA plan to raise taxes on 75 million American families and threaten to sunset programs like Social Security, Medicare, and Medicaid,” a White House official told CNN.