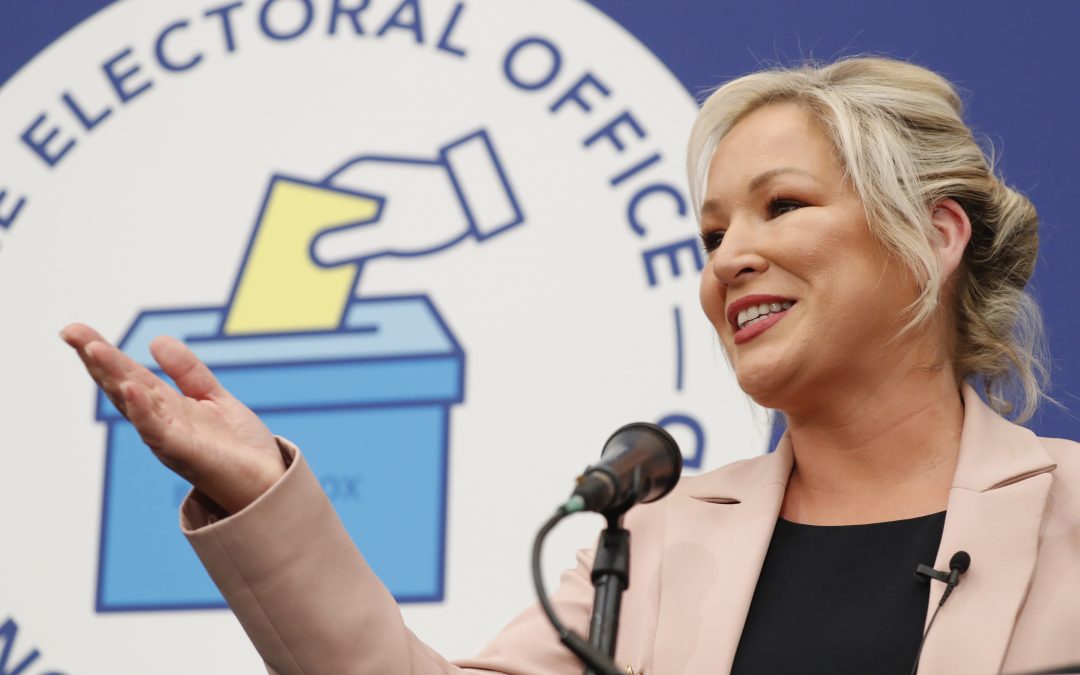 O’Neill said on Monday that people of Northern Ireland grew tired of uncertainty in the Brexit process and voted for closer ties with the Republic of Ireland.

“As Democrats, the DUP (Democratic Unionist Party), but also the British government must accept and respect the democratic outcome of this election,” she stated.

Spoke to Boris Johnson this morning. Reminded him that the DUPs refusal to form an executive is punishing the public, leaving workers & families high and dry. The public here can’t be a pawn in the British Governments game of chicken with the EU. Time to form an Executive now.

This past weekend, Irish Nationalists won in Northern Ireland’s elections for the first time ever. According to O’Neill, there will be no hard border across both parts of Ireland.

The Irish Nationalist Party has long called for a reunification of Northern Ireland and Ireland, which will now be seriously looked at.

MORE NEWS: N.Y. Taxpayers To Fund Out Of State Abortions