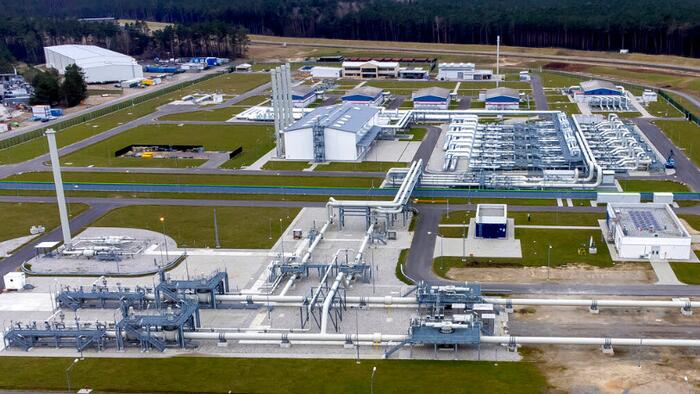 “Pipelines, telephone and internet cables are vital communications for our states; their safety should be given top priority,” Scholz said following his meeting with Norwegian Prime Minister Jonas Gahr Støre on the eve of the Berlin Security Conference.

He added that the recent attacks on the Nord Stream and Nord Stream 2 pipelines have shown how high the risks are in this area.

“We have increased security measures in the wake of the recent Nord Stream sabotage, and it is vital that we do even more to ensure that our maritime infrastructure is protected against future attacks,” Stoltenberg said.

Norway’s prime minister also said his country would direct some of its gas export revenues to help Ukraine and other countries affected by the global energy crisis. The rise in energy prices caused by the Russian Federation’s invasion of Ukraine has brought additional profits to Norway.

Scholz thanked Norway for the 10 percent increase in gas deliveries to Germany, as Berlin tries to make up for reduced deliveries from Russia. Scholz also said his country would continue to be a leader in defending Europe and European freedoms.

“No aggressor should doubt that we have a firm intention to defend every one of our allies and every inch of alliance territory with all the forces at our disposal,” said the German chancellor.

Meanwhile, German Justice Minister Marco Buschmann confessed that Germany may have contributed to Russia’s aggression against Ukraine because it supported the Nord Stream 2 gas pipeline.

“Knowing what we know today, the decision to proceed with Nord Stream 2 after the annexation of Crimea in 2014 was Germany’s contribution to the outbreak of war in Ukraine,” Buschmann said in a welcome address to a meeting of G7 justice ministers in Berlin.

He added that it was Germany’s duty to “confront this truth directly” and “draw the right conclusions” from it.