Obama Finally Hits the Campaign Trail Only to Scold, Blame Voters for his Failures 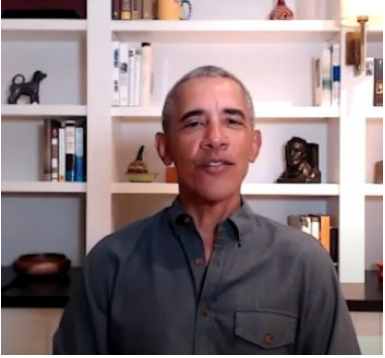 Back in 2016, the outgoing failure known as Barack Obama hit the campaign trail for Hillary Clinton in the month of June. He really liked her. In fact, Obama endorsed Hillary Clinton fairly early on in the 2016 Democrat primary contests. He didn’t wait until long after she had won the nomination to offer a tepid, limp endorsement.

But in 2020, His Arrogance waited until incredibly late in the season to finally endorse his former vice president, Joe Biden. And Obama has been pretty much silent all year long until this point. He hasn’t been campaigning for Biden at all. Obama told major Democrat Party donors earlier this year that they should never underestimate “Joe’s ability to f— things up.”

You kind of get the sense that Obama doesn’t really like Joe Biden. Well, anyway, Obama has finally emerged from his mansion on Martha’s Vineyard to say a few words in favor of his old running mate. As usual… it wasn’t pretty.

Obama doesn’t really speak out in favor of Joe Biden. Instead, he criticizes his own progressive base for being a bunch of lazy bums. That’s kind of a curious response from a guy who was savvy enough to win a couple of elections, don’t you think?

If Obama actually believed the fake news polls that are showing Joe Biden anywhere from 16 to 37 points ahead of Trump, would he really be telling his base to get off their lazy rumps? Watch this clip to see for yourself what Obama said. Do you think he sounds confident of a Biden victory next month?