Obese People Are Twice As Likely To Die From Covid 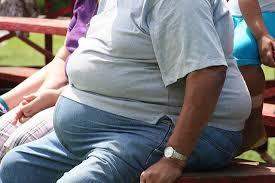 Just in case Americans – the most obese nation in the world – needed another reason to lose some weight, here it is.

In what is emerging as a perfidious Catch 22, at a time when the US population is rapidly gaining weight due to mandatory work from home regulation (hence the Covid 19 pounds) as described here and here, while a surge in domestic alcohol consumption is only making the matters worse…

… Public Health England has published a paper titled “Excess Weight and COVID-19  Insights from new evidence“, indicating that the risks of hospitalization, intensive care treatment and death increase progressively with increasing body mass index (BMI) above the healthy weight range even after adjustment for potential confounding factors, including demographic and socioeconomic factors. In other words, the fatter one is, the higher the risk that person may die from covid.

Which, in a world where facts could be discussed instead of dismissed and slammed as “racist”, would mean that certain races and genders are especially at risk. However, because charts like the one below are racist, it’s best to wallow in ignorance and accuse white people for what is taking place.

And while being overweight does not seem to increase people’s chances of contracting COVID-19 according to the study, it can affect the respiratory system, and potentially immune function as well.

And since no crisis will ever be put to waste by a nanny state which after the covid pandemic will control virtually every aspect of our lives, the British government plans to initiate an anti-obesity campaign including strict rules on how junk food is advertised and sold in the UK.