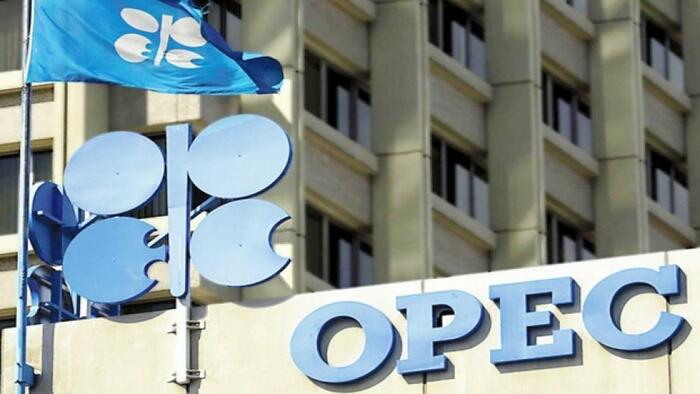 Two weeks ago, oil tumbled after the WSJ reported a fake news hit piece quoting “delegates” who “said” that Saudi Arabia was preparing for a 500K oil production hike. We quickly countered that this was ridiculous and if anything OPEC+ would seek further production cuts, a view which other media promptly quickly picked up. In the end, the report of an output hike (which some interpreted as a gesture of good will from Saudi crown prince MBS who had just received immunity from the Biden regime), proved to be indeed fake news, but likewise any expectations of further output cuts were dashed when earlier on Sunday OPEC+ agreed to stick to its oil-output targets just two days after G-7 nations agreed to a $60 price cap on Russian oil, despite mounting concerns about oil demand as the world in swept up by a global recession and as new Covid-related lockdowns in China and lingering uncertainty over Russia’s ability to export crude have sent the price of oil sliding.

During a virtual meeting, OPEC+ decided to rollover the production cuts of 2 million barrels a day initially agreed to in October, a move which will allow the group time to assess the market impact of the price cap on Russian oil, the delegates said.

Brent crude plunged to its lowest level since September on Nov. 28, but ended up posting its biggest weekly gain in a month.

“With massive and offsetting fundamental and geopolitical risks bearing down on the oil market, ministers understandably opted to hold steady and hunker down,” said Bob McNally, president of Rapidan Energy Advisers LLC.

Meanwhile, Brent crude closed at $85.42 on Friday, and West Texas Intermediate, the U.S. benchmark, was at $80.34, far below the $90-a-barrel level where some oil-market analysts say the group wants to see prices. Prices have come under downward pressure from Chinese Covid-19 lockdowns that have prompted concerns in OPEC of weakening oil demand.

Oil prices fell Friday after the EU agreed to the cap, as traders discounted fears the mechanism will force much Russian oil out of the market and cause a supply issue. In the end, however, it is all just posturing and the status quo remains as Russia will still sell oil to its traditional customers China and India, who will then resell some of this product to Europe and other nations.

It’s unclear to what extent those measures will curtail Russian exports. The price cap is comfortably above the $50 that the country’s flagship Urals grade of crude currently trades at, according to data from Argus Media. Yet Moscow has said it would rather cut production than sell oil to anyone that adopts the price cap. Speaking on Russian TV, Deputy Prime Minister Alexander Novak said the country will operate strictly in line with market conditions: “We will sell oil and oil products to the countries that will work with us based on market conditions, even if that means we’ll have to somewhat reduce output.” Russia is “not going to use tools linked to the price cap” and is “working on a mechanism banning adoption of the price cap tools, irrespective of what level will be set.”

The US and its G7 allies designed the price to cut into Moscow’s oil revenues while keeping Russian oil, a key part of global supply, available on the market, which of course is ridiculous, and is just an attempt by Europe at virtue signaling optics while eating its Russian oil cake too. It aims to take advantage of the concentration of key maritime services in the West to try to curb Moscow’s ability to wage war in Ukraine.

As Bloomberg notes, with these powerful forces poised to push oil markets in unpredictable directions, OPEC watchers said the group’s decision was understandable.

“OPEC+ rolled over the existing quotas as expected amid uncertainty around Russian flows following the price cap, and a weaker China,” said Amrita Sen, chief oil analyst and co-founder at consultant Energy Aspects Ltd. “The group will continue to monitor markets and should fundamentals deteriorate they will meet prior to June — currently the scheduled next ministerial meeting.”

The decision by OPEC+ should hold for at least a few months. The group’s Joint Ministerial Monitoring Committee, led by Saudi Arabia and Russia, will meet again in June. The outlook could be clearer by then, and the panel has the power to call extraordinary meetings if it thinks output policy may need to change; OPEC said it was ready “to meet at any time and take immediate additional measures to address market developments” if needed. Until then three major forces will determine the future path of oil prices: a global economic slowdown which will seek to keep a lid on oil demand, and speculation about the date of China’s reopening which many believe will send oil prices sharply higher. Indeed, as Bloomberg notes, as OPEC+ ministers convened their video conference, officials in Shanghai had just eased some of their Covid restrictions, joining other top-tier Chinese cities as authorities accelerate a shift toward reopening the economy after thousands of demonstrators took to the streets.

A far bigger, and longer-term driver, however is the continued lack of capital spending to boost an aging E&P infrastructure which means that over the next 5 to 10 years, oil will become increasingly scarce in a world where western government are openly hostile toward legacy energy companies.