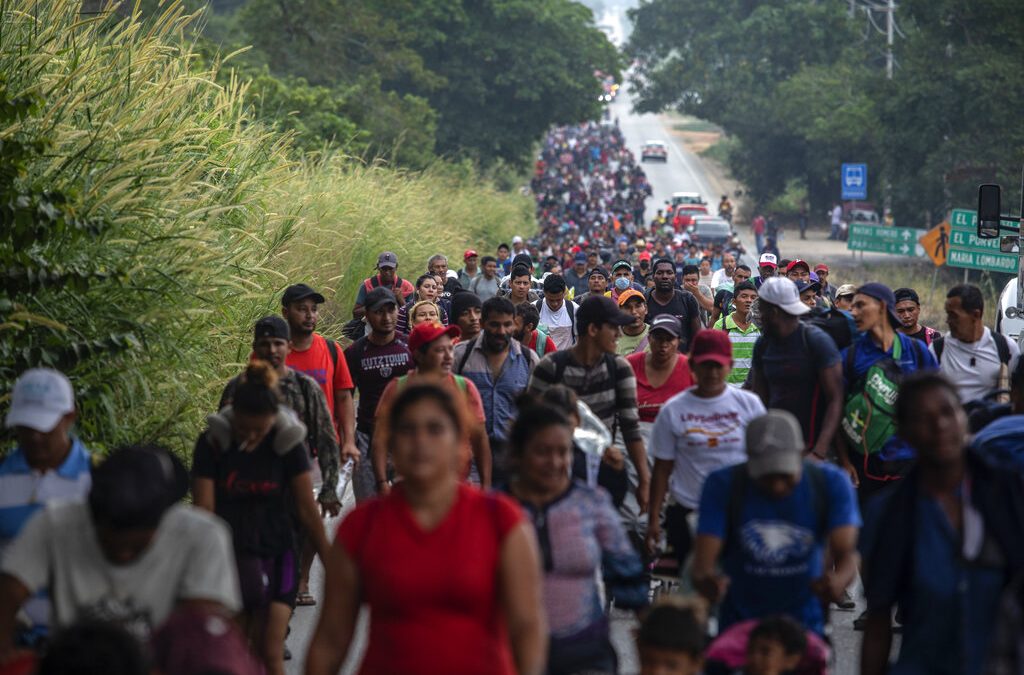 Migrants, who are part of caravan, walk towards Loma Bonita, in the Mexican state of Veracruz, Thursday, Nov. 18, 2021. The group of mainly Central American migrants is attempting to reach the U.S.-Mexico border. (AP Photo/Felix Marquez)

A new migrant caravan is making its way through Mexico headed for the U.S. southern border. Around 2,000 migrants from all over the world formed a new caravan in Southern Mexico on Thursday.

Mexico said it’s willing to grant asylum to any migrant under past agreements with 45th President Donald Trump. However, the immigrants don’t want to stay. They are demanding Mexico give them transit documents and allow them to reach the U.S. border.

“We want a signed document proving the cards Mexico is offering are valid throughout the country, without any condition, any condition at all,” demanded Luis Rey Garcia, a migrant activist.

Meanwhile, almost 2 million illegal immigrants have breached the U.S.-Mexico border this year alone as the crisis at the border continues to worsen.

“As Dems pass a nearly $2T BBB that encourages amnesty for the undocumented, a new caravan of 3,000 departs from Southern Mexico to merge with another one in Veracruz,” warned Rep. Tony Gonzales (R-Texas). “To address the border crisis, we need to be eliminating pull factors, not creating new ones.”

Due to the major differences in Joe Biden’s migrant enforcement polices compared the Trump administration’s approach, President López Obrador is left to make adjustments to his plan of action.