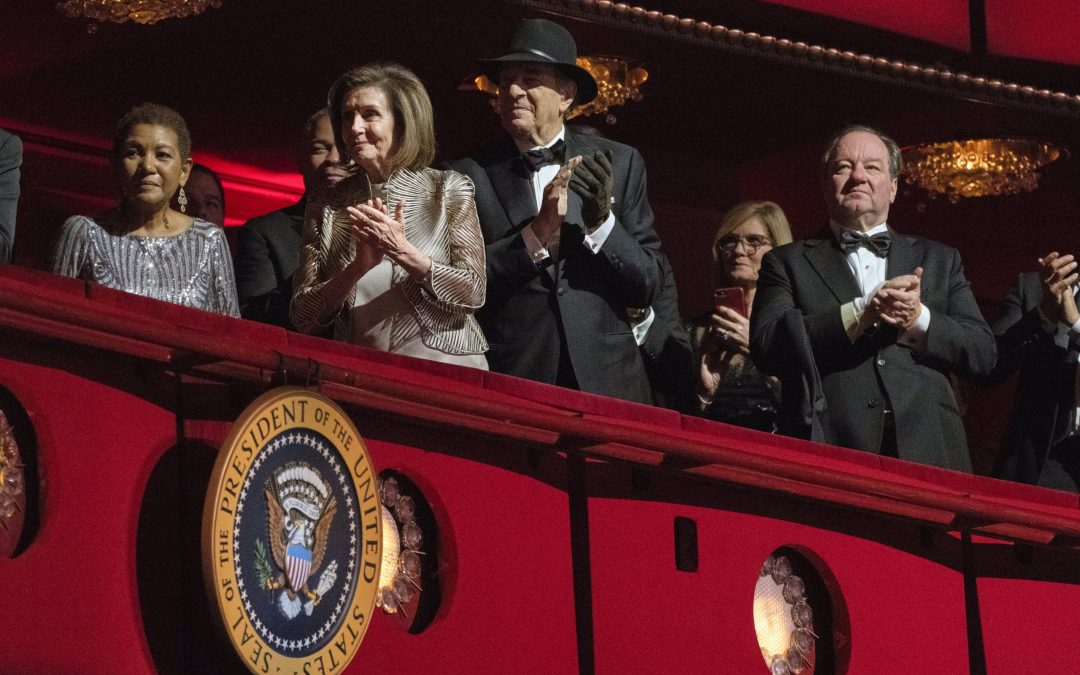 Paul Pelosi has appeared in public for the first time since being attacked in his California home.

Mr. Pelosi and his wife House Speaker Nancy Pelosi (D-Calif.) attended the 45th Annual Kennedy Center Honors in Washington D.C on Sunday night. Their appearances come more than a month after the incident. At the event Pelosi was seen wearing a hat and a single glove.

The 82-year-old has been recovering from a skull fracture and other injuries he suffered during October’s hammer attack in San Francisco.

In a conference last week, Nancy Pelosi, who recently announced her resignation from Democratic leadership, reported that her husband’s recovery is “coming along.”