Pentagon Confirms US Will Start Over-the-Horizon Mission In Afghanistan 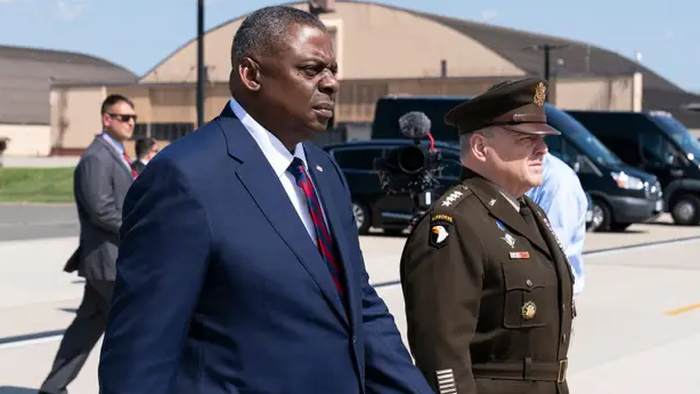 Authored by Jason Ditz via AntiWar.com,

Over the weekend, Defense Secretary Lloyd Austin talked up the long-promised “over-the-horizon” missions to keep attacking Afghanistan without being in Afghanistan.

Austin said this would be part of a relentless focus on terrorism, talking of action coming against ISIS-K and al-Qaeda. US troops left Afghanistan after the Taliban routed the US-backed government in all major cities.

“We must work together to combat terrorism—including in Afghanistan from al-Qaeda, and from the malice and sectarian hatred of ISIS,” he said while addressing the International Institute for Strategic Studies’ (IISS) Manama Dialogue 2021.

“And we’ll keep up our relentless focus on counterterrorism, even as we shift to an over-the-horizon concept in Afghanistan,” the defense secretary added.

Even before the US left, officials talked about this sort of operation as a way to stay active in Afghanistan. It’s not at all clear what that would look like, or how sustainable it might be.

However, the Taliban spokesman for Afghanistan’s defense ministry rejected the possibility that it would allow US military intervention, even if airstrikes targeting ISIS: “There are no outsiders in Afghanistan. We will not allow any country’s presence by any other means,” he said. But it remains a different question on whether the Taliban could do anything about it.

It’s probably going to mean airstrikes with little targeting support. The Taliban has insisted that they don’t need help in fighting terror, and they’ve been active in anti-ISIS-K measures.

“The truth is that none of these countries were honest regarding Afghanistan. They all were in Afghanistan for their own interests,” an Afghan political analyst, Abdulhaq Humad, said of the potential for the looming renewed US airstrikes in the country.