Peter Schiff: The Fed Got Everybody Drunk On Cheap Money But The Party Is Over 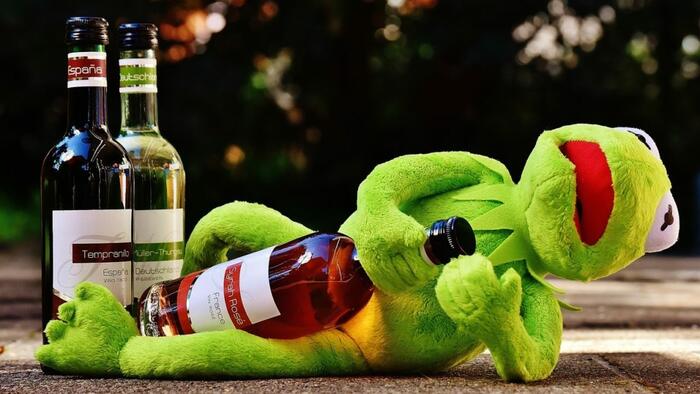 A lot of people seem to think that if the Fed had just started fighting inflation a little earlier, we wouldn’t have seen the rapidly rising prices that continue today. The mistake, they say, was thinking inflation was transitory. But as Peter Schiff has pointed out, this problem didn’t start last year, or even with the pandemic. This problem was decades in the making.

And at the root of the problem was year after year of easy money. Wall Street was drunk on cheap money for a decade and it is ultimately going to end in another financial crisis.

The severity of malinvestments, of the misallocations of resources, of the monumental mistakes that have been made throughout this economy by the government, the private sector, corporations, individuals — everybody has made mistakes because of this cheap money.”

Just look at the federal government. It has added trillions of dollars to the national debt over the last decade. It recently eclipsed $31 trillion. A year ago, Janet Yellen was saying the big debt wasn’t a problem because interest rates were low. Well, they’re not low anymore. This is a perfect example of how cheap money incentivized bad decision-making.

After the 2008 financial crisis, George Bush pointed out that Wall Street got drunk. Peter said Bush was correct.

Why was everybody on Wall Street drunk? Where did they get the alcohol? Who liquored them up? That was the Federal Reserve. That was Alan Greenspan. He was the bartender. He kept serving the drinks. That’s why Wall Street was drunk.”

The whole nation was drunk on cheap money, and while they were drunk, they did a lot of stupid things, just like a lot of people do when they’re drunk.”

Peter compared it to a favorite Warren Buffet quote: when the tide goes out, we see who’s swimming naked. Peter said, “Basically, everybody has been naked.”

And everybody is going to be exposed when the tide goes out, which is what’s happening right now.”

As Peter said in a prior podcast, it goes back even further than the last decade. You can trace the Fed’s inflationary monetary policy all the way back to 1998 and the Long-Term Capital Management bailout.

Peter said he knew 2008 wasn’t the real crash. The reckless monetary policy in the response to the Great Recession simply papered things over and kicked the looming crisis down the road.