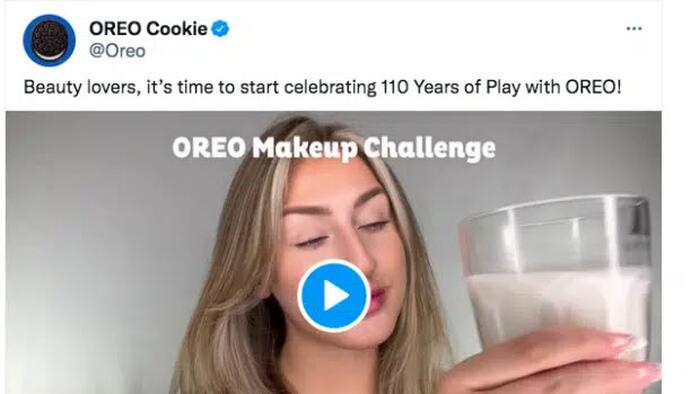 Several years ago, when the “liberal, tolerant” left first decided to cancel Zerohedge , they did so using their two favorite eradication strategies: deplatforming (we were removed from Facebook and Twitter, a death sentence for most websites that depend on media powerhouses for their traffic, luckily we are not one of them) and demonetization (we lost ads hosted by Google, Amazon, and various other platforms, and we also were booted by PayPal, which in retrospect was a lucky outcome). Despite this full-bore effort by the left to silence us, we somehow survived – in large part thanks to our readers who have signed up as subscribers for our premium offering.

Fast forward to today when it is now the turn of the world’s richest man to go through this same drama.

In a carbon copy of what happened to us, America’s woke, politically correct corporations are taking aim at Twitter in hopes of starving it of cash, nevermind that its traffic is orders of magnitude greater than such socialist-endorsed, mindnumbingly boring propaganda websites and TV channels as MSNBC, CNN, Vox, The Atlantic and everything else that desperately relies on implicit advertiser subsidies to survive. According to the WSJ, food giant General Mills, Oreo maker Mondelez, pandemic profiteers Pfizer and Volkswagen’s Audi are among a growing list of brands that have “temporarily” paused their Twitter advertising in the wake of the takeover of the company by Elon Musk. General Motors paused its spending on the social-media platform last week.

Kelsey Roemhildt, a spokeswoman for General Mills, whose brands include Cheerios, Bisquick and Häagen-Dazs, confirmed the company has paused Twitter ads. “As always, we will continue to monitor this new direction and evaluate our marketing spend,” she said.

Some advertisers are concerned that Mr. Musk could scale back content moderation, which they worry would lead to an increase in objectionable content on the platform, which should answer Elon Musk’s question what advertisers prefer: free speech or political correctness.

Other advertisers temporarily halting their ads because of the uncertainty at the company as top executives exit and Mr. Musk considers a raft of changes, some of the people said.

And just in case it’s still unclear, as long as a handful of shrill, ultra-left harpies such as this lunatic manage to outshout everyone else, it will always be free speech that loses, even if that means that advertisers are stuck peddling their wares at places like MSNBC and CNN where most of the audience has zero disposable income as it is entirely reliant on the government for its handouts.

Several ad buyers say they expect the number of brands pausing Twitter ads to rise. The platform isn’t considered a must-buy for many advertisers, with far larger budgets going to tech giants such as Google and Meta Platforms, they say, and pausing makes sense during the bumpy transition under Musk.

Additionally, many executives on Madison Avenue are uneasy with the rash of sudden executive departures from Twitter’s advertising sales and marketing units. Among those who have exited are Chief Customer Officer Sarah Personette, Chief Marketing Officer Leslie Berland, and Jean-Philippe Maheu, Twitter’s vice president of global client solutions. Those executives “helped reassure advertisers that their ad dollars were being spent wisely and appropriately on Twitter” according to the Journal. We assume that means that the woke ad agencies were assured that only liberals would be allowed to view their ads.

Musk has been working to reassure advertisers, both publicly and privately, that the platform will remain a safe place for brands. Since tweeting last week that Twitter “cannot become a free-for-all hellscape,” the billionaire has participated in several meetings and video calls with some of the world’s largest ad companies and blue-chip advertisers, ad executives said.

On Wednesday, Musk participated in a video call with WPP PLC, the world’s largest ad company, and some of its clients such as Coca-Cola, Unilever PLC and Google, according to people familiar with the meeting. During the meeting, Musk stressed that Twitter would be a safe place for brands, promising to rid the platform of bots and add community-management tools, according to the people.

He also discussed how he was seeking to segment the content on Twitter so users could customize what shows up in their feeds. That would allow people to have the equivalent of a PG-rated version of the platform, Musk said, and give advertisers the ability to choose which content to be near.

Somehow we doubt that approach will succeed. Instead, what Musk – and other thought leaders – should do, is show the variance in disposable incomes between those who frequent conservative media outlets, and those which are a magnet for liberals. Something tells us advertisers will be very surprise at who has more purchasing power. Because when you cut out the virtue signaling and the PC bullshit, at the end of the day, an ad is supposed to reach the richest, most willing to buy segment of society. The fact that this has become lost may explains the dismal state of consumer-facing companies in the US today.

As for Twitter, ironically less ads will only make the user experience that much more enjoyable. For Musk, it will also mean that the website will generate far less cash flow, which means that either he will have to dig deep to keep it funded, or he will have to start charging everyone, not just the bluechecks, for access. Whether that is a viable proposition, remains to be seen.