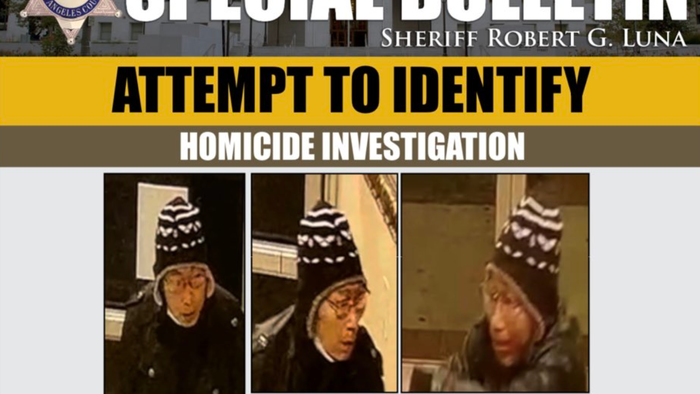 On Saturday January 21, 2023 at 10:22 PM the suspect male/adult/Asian pictured above was involved in a shooting. Investigators have identified him as a Homicide suspect and he should be considered armed and dangerous.
Contact LASD Homicide with any information at 323-890-5000. pic.twitter.com/2gPUBBybvv

Los Angeles County Sheriff Robert Luna described the suspect as an Asian male between the ages of 30 and 50.

“Our very preliminary description has been described as a male Asian,” Luna said

“We don’t know if this is specifically a hate crime defined by law, but who walks into a dance hall and guns down 20 people? The description we have now is of a male Asian. Does that matter? I don’t know. I can tell you everything is on the table,” he continued.

Luna added that police are “utilizing every resource to apprehend this suspect and what we believe to be one of the county’s most heinous cases.”

The Monterey Park shooter is described as an Asian male. There goes the “white supremacy” narrative out the window. pic.twitter.com/Bvl2PDDnKI

The suspect remains at large.

Ten people were killed and at least ten others injured when a gunman opened fire at a dance club following a Lunar New Year celebration in Monterey Park, California.

“Officers from the Monterey Park Police Department responded to a local business in the 100 block of West Garvey Avenue in the city of Monterey Park regarding shots fired call,” Capt. Andrew Meyer of the Los Angeles County Sheriff’s Department told reporters. He said the mass shooting happened at 2222 local time.

5 1/2 hours after the deadly Monterey Park shooting, we are learning 10 people have died with an additional 10 being treated at local hospitals. The suspect remains at large. Watch as Capt. Andrew Meyer from LA County Sheriff homicide gives an update More: https://t.co/riwvwCKguC pic.twitter.com/BVBsqKaSYg

Meyer confirmed ten people died in the shooting. Ten others, he said, “were transported to numerous local hospitals and are listed in various conditions from stable to critical.”

#Breaking #MontereyPark According to scanner reports 10 people have been fatally shot, 9 others injured during a #MassShooting at a business on Garvey Ave. The suspect is still on the loose according to PD on scene. #News #Developing #Shooting #LunarNewYear pic.twitter.com/YDFQ2gTLci

Unconfirmed footage from within the dance club surfaced on social media after the attack.

Shooting at Star Dance Studio in Monterey Park
If you zoom in there’s a girl sitting down. So sad, what an awful thing to have to go through pic.twitter.com/18NGspzKR6

The suspect’s motive remains unclear. Meyer did not describe the suspect at the news conference. “All I can tell you is that it was a firearm that was used,” he said. A manhunt is underway.

“Monterey Park, a city of 61,000 in the San Gabriel Valley, has a majority Asian American population. Located east of Los Angeles, the suburb is 65% Asian American, 27% Latino, and 6% white, according to census data,” he tweeted.

The shooting happened in the vicinity of Monterey Park’s Lunar New Year celebration and attracted thousands.