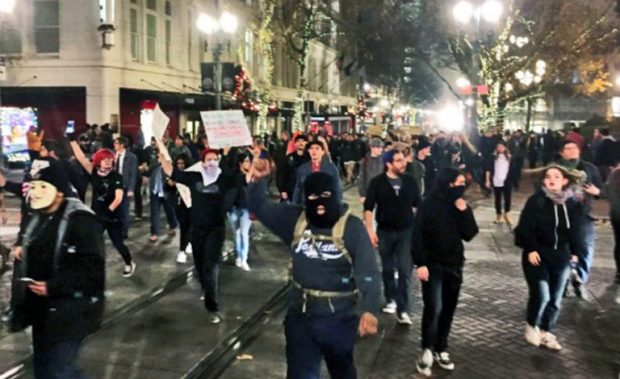 The city council voted unanimously to adopt the “Fall Supplemental Budget” for the 2021-2022 fiscal year, Mayor Ted Wheeler announced Wednesday. The budget increases funding for the police department by more than $5.2 million as part of a $7 million investment in public safety.

“We are allocating $7 million dollars to improve and expand a public safety system that works towards both prevention and intervention,” Wheeler said in prepared remarks at the budget vote. “These funds will better equip first responders with the tools, training, resources, and personnel needed to be effective in their roles.”

Portland voted to cut $15 million in funding to its police department in June 2020 following the killing of George Floyd and widespread Black Lives Matter protests and rioting across the United States. However, violent crime, especially homicides, spiked following the decision.

Businesses began to use armed security guards due to police officer shortages, and Wheeler was himself assaulted by a protester in January 2021. Following the skyrocketing homicide rates and a general increase in violent crime, Wheeler requested $2 million in emergency funds in March to restaff disbanded police units.

“Portlanders have a right to feel safe. I am committed to investing in programs that improve public safety in an urgent and strategic way, while also supporting reformed policies and practices to rebuild trust and accountability,” Wheeler said in a statement proposing increased funding.