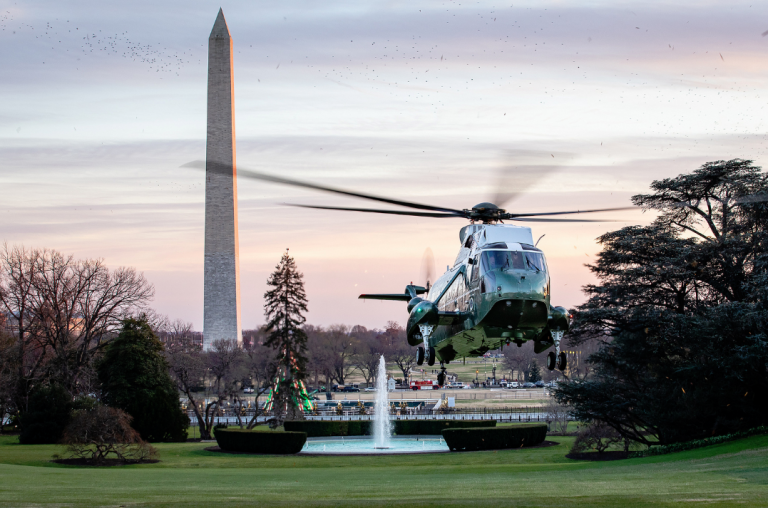 President Joe Biden will return to the White House Sunday after resting quietly at his family home in Delaware over the weekend.

Keep an Eye on the President at Our President’s Schedule Page.

We are providing former President Donald Trump’s schedule to compare and contrast the leadership and work style of the two presidents. The schedules are from the same “day” in the administration, not the same “date”.

The president will start his weekend with a phone call to the Director of the CIA.

President Trump will then travel to Harrisburg, Pennsylvania where he will tour a local manufacturing plant, sign an executive order and attend a rally. [Live Stream]

On Sunday, the president spoke with the leaders of Singapore and Thailand by phone before heading off to Trump National Golf Club for a round of golf. The White House has not said who might have joined him.

The White House issued a statement about the call between the president and the Prime Minister of Singapore saying that the two leaders affirmed their commitment to the close partnership between the U.S. and Singapore.”This partnership is marked by thriving trade and investment, robust security cooperation, and close collaboration on regional and global challenges,” the statement read. President Trump invited Prime Minister Lee to the White House to further strengthen ties.

President Donald J. Trump also spoke Sunday with Prime Minister Prayut Chan-ocha of Thailand. The two leaders underscored their commitment to the longstanding alliance between the United States and Thailand, which actively contributes to peace and stability in the Asia-Pacific region. President Trump and Prime Minister Prayut expressed a strong shared interest in strengthening the trade and economic ties between the two countries. President Trump affirmed the commitment of the United States to playing an active and leading role in Asia, in close cooperation with partners and allies like Thailand, and invited Prime Minister Prayut to the White House.

The schedule is comprised of information available from the public schedule released by the White House and several sources of publicly available information. No sensitive information is used to create this itinerary.