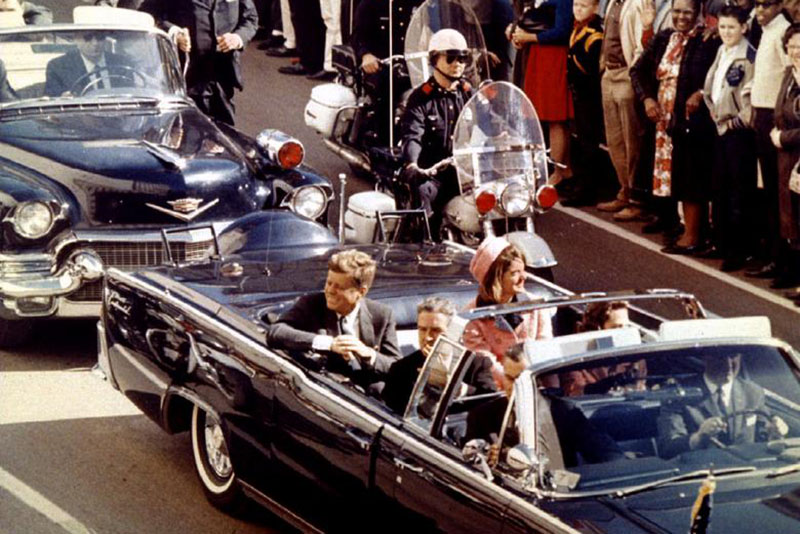 59 years ago, the president of the United States, John F. Kennedy, was assassinated. His death brought an end to the Camelot era and changed the world forever.

President Kennedy is best known for founding the Peace Corps, advancing the space program to put a man on the moon by the end of the decade and for working with Martin Luther King Jr. to pass the Civil Rights Act of 1964.

In 1963, he was spending the better part of November planning his bid for re-election.

On November 22nd, the president was traveling from Fort Worth, Texas to Dallas, Texas with the First Lady Jackie Kennedy. It was their first public appearance together since the death of their son Patrick in August. Political tensions were already high in Dallas, as the U.S. Ambassador to the U.N. at the time had been physically attacked during a speech a month earlier.

Nevertheless, the Kennedy’s began the ten-mile route in the presidential motorcade with the top down. Kennedy was scheduled to speak at the Trade Mart for a luncheon. But around 12:30 pm the car turned off the main street at Dealey Plaza and the sound of gun shots rang out.

The president was hit in the head, neck and chest. He was rushed to the Parkland Memorial Hospital.
A catholic priest came to administer his last rites. John F. Kennedy was pronounced dead at 1:00 pm.

Meanwhile, police had arrested an employee at the Texas School Book Depository named Lee Harvey Oswald. Oswald was a former Marine who attempted suicide when Moscow initially rejected his application for citizenship. He eventually defected to the Soviet Union sometime in 1959. He returned to the United States with his wife in 1962.

By the time of Kennedy’s assassination, Oswald was already known for the attempted assassination of Army General Edwin Walker seven months earlier.

On November 24th, Oswald was scheduled to be transferred from police headquarters to a county jail when him and officers were swarmed my television crews and reporters.

250,000 people traveled to the Capitol Rotunda to pay their respects to President Kennedy before he was interred at Arlington National Cemetery.

In the midst of the tragedy and chaos, President Lyndon B. Johnson was sworn into office while on Air Force One. He would eventually go on to carry on the legacy of Kennedy’s fight for civil rights.

Though JFK spent less than three years in the White House, his legacy is one for the history books. On January 20th 1961, in front of the Capitol building, American poet Robert Frost recited a poem from memory and John F. Kennedy delivered one of the most memorable speeches in history.