President Donald Trump takes questions from reporters during a briefing about the coronavirus in the James Brady Briefing Room, Wednesday, March 25, 2020, in Washington. (AP Photo/Alex Brandon)

President Trump has confirmed he will sign the coronavirus relief package immediately if it gets to his desk. The president encouraged lawmakers to pass that $2 trillion bill on Wednesday, which would assist American workers, small businesses, hospitals and corporations during the pandemic.

He also urged Americans to continue following social distancing guidelines, so the country can beat the virus and the economy can be reopened.

“Social distancing, such an important phrase,” stated President Trump. “We do it right now, the more lives we can save, the sooner we can eventually get people back to work, back to school and back to normal.”

The president emphasized he wants the country to get back to work by Easter, but admitted some heavily affected sections may have to wait. He has also rejected criticisms of his plan to reopen the economy soon and prevent a financial crisis. 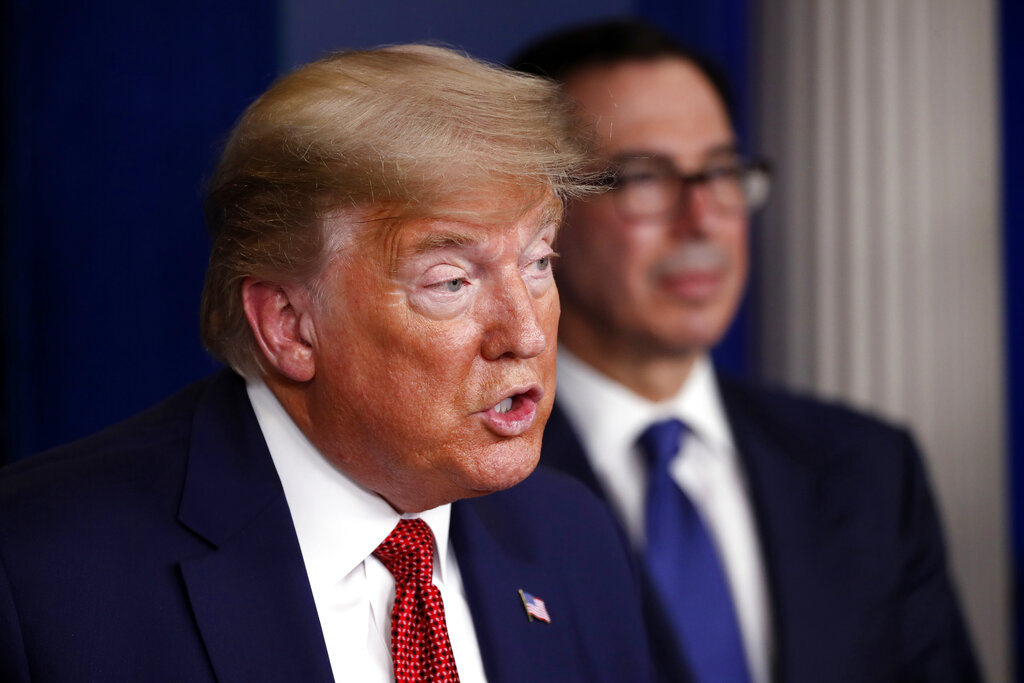 While speaking at the White House on Wednesday, President Trump claimed the media and some officials would welcome an economic collapse to take down his administration. He suggested they’re hoping for a poor economy in order to keep him from being reelected.

“The media would like to see me do poorly in the election,” he said. “They think that would be very good, as far as defeating me at the polls.”

Earlier that day, President Trump also criticized CNN for running fake stories about him. The president slammed the network for suggesting he’s been sitting all alone at the White House complaining about lockdowns of the economy.

He has said such nonsense couldn’t have even been leaked and that it was completely made up. The president went on to say he’s been packed with meetings every day and is fighting to protect Americans from the outbreak.

….I have been packed all day with meetings, I have no time for stupidity. We’re working around the clock to KEEP AMERICA SAFE!

The president also highlighted how federal officials have done a tremendous job to contain the virus and reduce the number of victims.