With Air Force One in the background, President Donald Trump speaks during a campaign event with Florida Sheriffs in Tampa, Fla., Friday, July 31, 2020. (AP Photo/Patrick Semansky)

The administration has decided to reject newer DACA applications. Officials are also hoping to limit renewal periods for the Obama era program, which has protected many from deportation.

This came after the Supreme Court blocked the move to strike down DACA in June.

“People have to come into our country legally. Right now we have 267 miles of wall. We’re doing very well and keeping the drugs out, keeping people out that aren’t supposed to be here. But people have to come into our country legally. We’re taking a look at it very strongly. We’re working with representatives of DACA. We’re also working on a big immigration bill, which is merit based and something that people are going to be very happy with.” – Donald Trump, 45th President of the United States

The Supreme Court has left the door open for the president to reform DACA through legislative means. 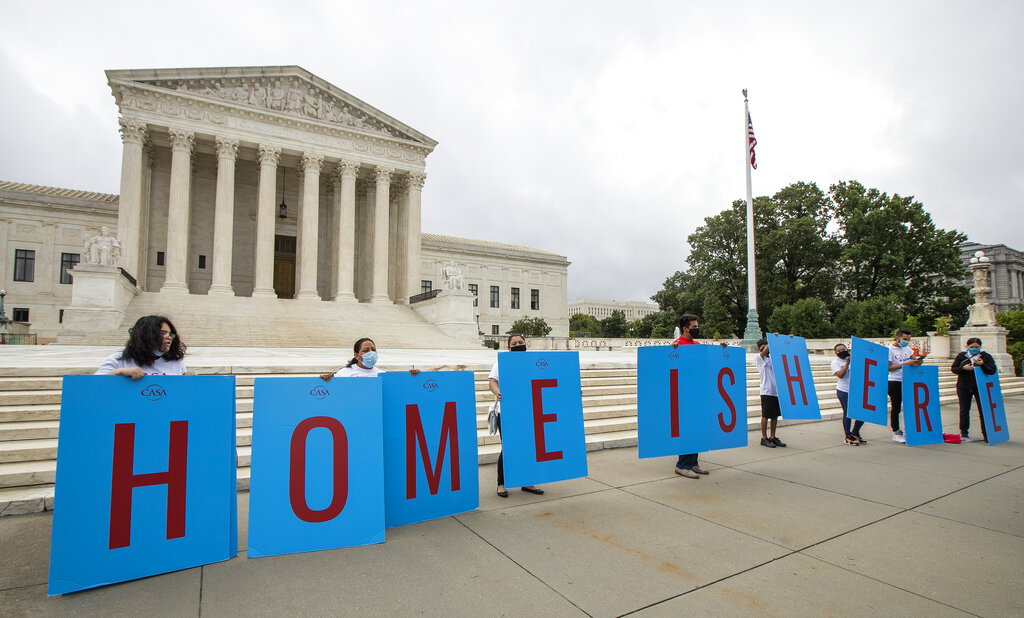 President Trump has also doubled down on dire predictions for what widespread mail-in voting would mean for the November election. During a meeting with police leaders from across the country, the president alleged widespread voting by mail would lead to fraud.

He has been a longtime opponent of the potential alternative to in-person voting, which he claimed would benefit Democrats. The president also drew attention to the time it could potentially take to count these ballots.

He referenced the chaos that ensued in New York when the state saw an influx of mail-in ballots for the House primary races.

“It’s so messed up, they have no idea. There are ballots missing. Thousands and thousands of ballots are missing. They think they’re going to send hundreds of millions of ballots all over the United States and it’s going to come out. You won’t know the election result for weeks, months, maybe years after. Maybe you’ll never know the election result. That’s what I’m concerned with. It’ll be fixed, it’ll be rigged.” – Donald Trump, 45th President of the United States

Trump on delaying 2020 election: “I don’t want to have to wait for 3 months and then find out the ballots are all missing and the election doesn’t mean anything. That is what is going to happen.”

It will be the “most rigged election in history” if mail-in voting is allowed. pic.twitter.com/zFKDesv53T

More states have adopted mail-in voting prior to November’s election, which President Trump has predicted will be “catastrophic.” 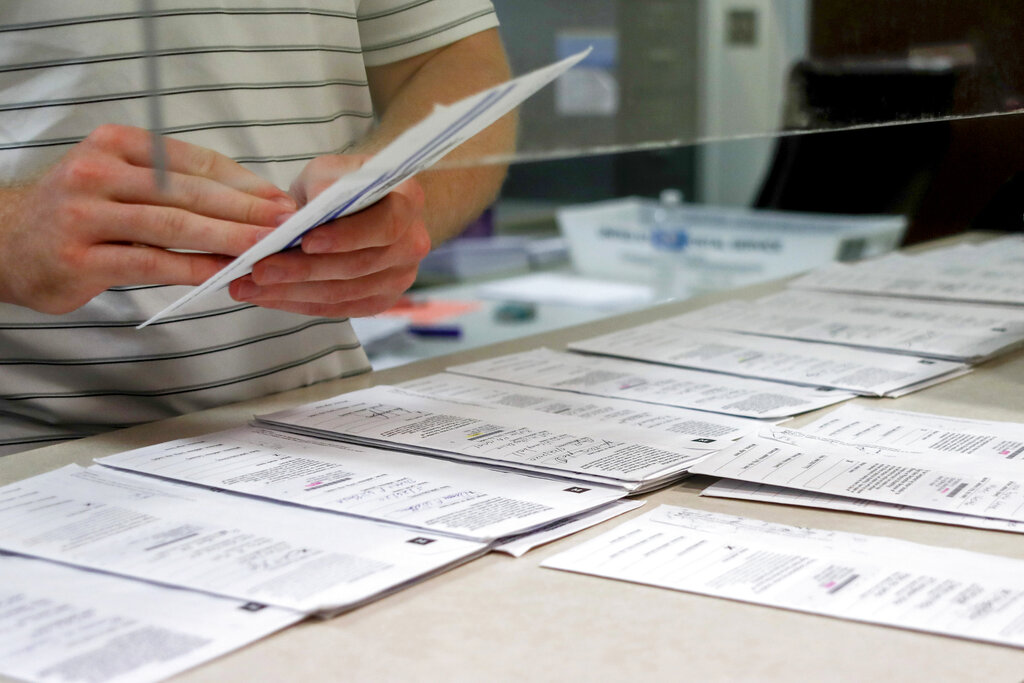 FILE – In this May 28, 2020, file photo processing work on mail in ballots for the Pennsylvania Primary election is being done at the Butler County Bureau of Elections, in Butler, Pa.  (AP Photo/Keith Srakocic, File)

President Trump recently slammed the so-called Squad for their push to defund the police.

On Friday, President Trump spoke of the “great love affair” between the Trump administration and law enforcement, which he noted is especially great in Florida.

Our dedicated law enforcement officers have a champion in President @realDonaldTrump! pic.twitter.com/BRzEOKII4o

He went on to say he will always fight to defend the police. He vowed to always give law enforcement heroes the support and respect they deserve, especially in the face of attacks from the radical left.

“You have people, radicals like Rep. Alexandria Ocasio-Cortez, …Ilhan Omar, who doesn’t love our country, and Rashida Tlaib,” he explained. “They all mean to defund and disband police departments.”

In the meantime, President Trump reiterated federal agents will not leave Portland until law and order has been restored.

We are willing to help cities reclaim law and order if they will accept our help. pic.twitter.com/gVoQuH0pQr