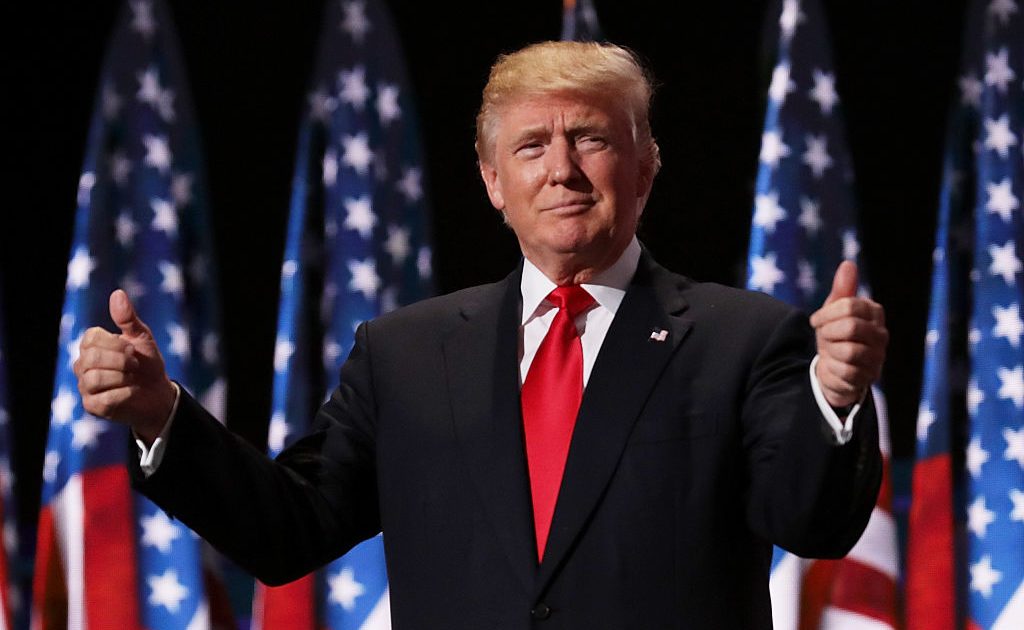 President Donald Trump gives two thumbs up to the crowd during the evening session on the fourth day of the Republican National Convention on July 21, 2016 at the Quicken Loans Arena in Cleveland, Ohio. (Chip Somodevilla/Getty Images)

President Trump reportedly pulled in millions of dollars for the GOP during the first half of 2021. Reports on Saturday said the 45th president raised $56 million between Jan. 1 and June 30, according to the GOP fundraising platform “WinRed.”

The reports said Trump remains the Republican Party’s biggest fundraiser and has raised more than any of the official GOP fundraising organizations or any GOP figure. These efforts include more than $34 million raised through Trump’s Make America Great Again Committee. In addition, $22 million was raised through his own fundraising committees and groups.

NEW: Top fundraisers on the GOP’s @WinRed platform in the first half of 2021: