President Donald Trump speaks with reporters on the South Lawn of the White House before departing, Monday, Dec. 2, 2019, in Washington. (AP Photo/Alex Brandon)

President Trump is reimposing steel and aluminum tariffs on Brazil and Argentina. In a series of tweets Monday, the president pointed out that both countries have been “presiding over a massive devaluation of their currencies.” He then announced the restoration of tariffs on all steel and aluminum shipped into the U.S. from Argentina and Brazil.

Brazil and Argentina have been presiding over a massive devaluation of their currencies. which is not good for our farmers. Therefore, effective immediately, I will restore the Tariffs on all Steel & Aluminum that is shipped into the U.S. from those countries. The Federal….

The president went on to say the Federal Reserve should “act likewise,” so many other countries stop taking advantage of the U.S. dollar by further devaluing their currencies.

While speaking outside the White House before departing for London Monday, President Trump said steel companies and farmers will be “very happy” with the move.

In response to the move, Brazilian President Jair Bolsonaro said he would call the president and is certain he will listen to his concerns. 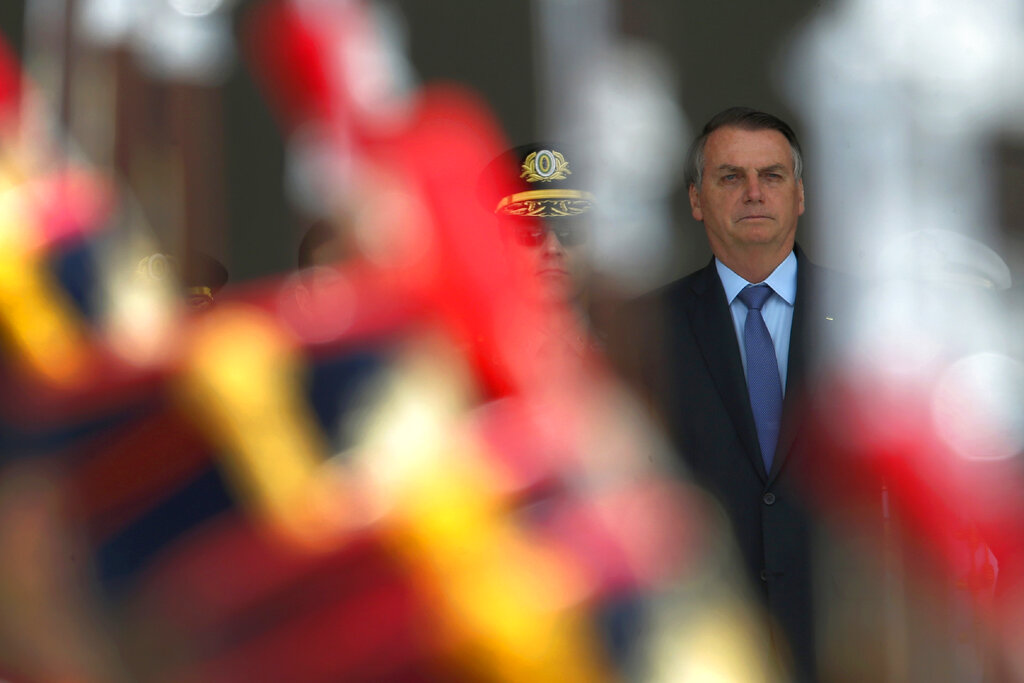