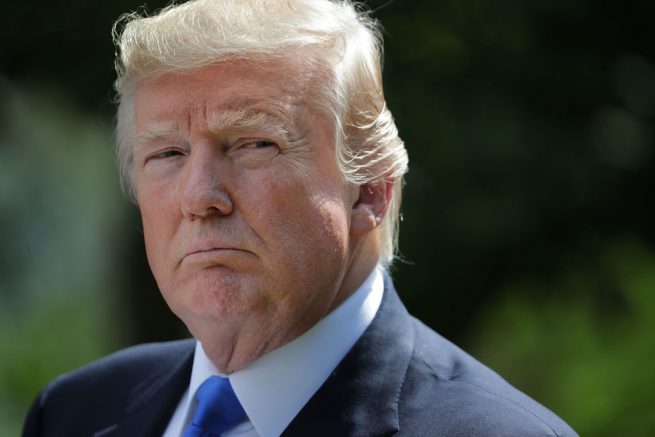 President Trump called the Supreme Court’s recent decision to allow the release of his tax returns “continuing political persecution.” In a statement on Monday, he said the decision is “Democrat-inspired.”

The 45th President also asserted New York officials are distracting the public from the actual crime in the city, where violence has been reaching new record highs.

President Trump continued, noting the move was politically motivated. He then compared it to the Mueller probe, where Democrats tried to accuse him of collaborating with Russia during the 2016 election.

Nonetheless, President Trump promised he would continue to “fight on” just like he did throughout his presidency. Meanwhile, Donald Trump Jr. also blasted the court’s decision as another witch hunt against his father.

So the Supreme Court will allow the political persecution for Donald Trump by vindictive partisan democrats to continue.
If they can keep a witch hunt against Trump going for years who cant they and more importantly who won’t they do it to???
My thoughts!https://t.co/Tdo5qGrtnq

“The Supreme Court said you cant harass a sitting President, but now that he’s out I guess you can harass him all you want,” stated Donald Jr. “…This doesn’t reek of the American justice system, this sounds like China, where you can politically persecute your enemies even if you have nothing.”

Accounting company Mazars announced it would comply with the subpoena immediately.