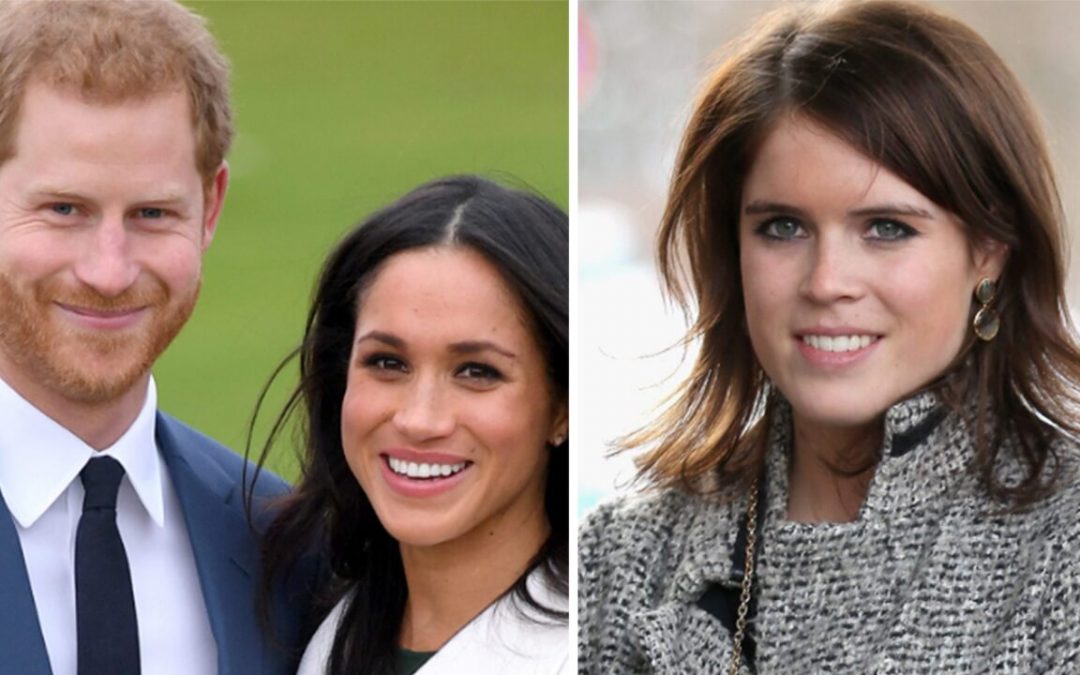 Princess Eugenie and her husband, Jack Brooksbank, are moving into Meghan Markle and Prince Harry’s home in the United Kingdom, according to reports.

The Duke and Duchess of Sussex left their home in the United Kingdom in early 2020. While Frogmore Cottage still remains their private residence overseas, sources confirmed to People magazine that Meghan and Harry have graciously extended the property to Eugenie who is expecting her first child.

“Frogmore Cottage continues to be the Duke and Duchess of Sussex’s residence in the U.K.,” a source tells People, “and they are delighted to be able to open up their home to Princess Eugenie and Jack as they start their own family.”

The Sun was the first to report the arrangement, citing a source who said that “removal vans” were spotted in the middle of the night to empty Harry and Meghan’s home.

MEGHAN MARKLE WAS ADVISED BY SENIOR ROYALS TO PEN LETTER TO HER ESTRANGED FATHER: DUCHESS’ LAWYERS

Prince Harry and Meghan Markle reportedly have extended their Frogmore Cottage in the United Kingdom to Harry’s cousin, Princess Eugenie, as she is pregnant with her first child.
(Chris Jackson/Chris Jackson/Getty Images)

The news comes on the heels of Harry and Meghan’s departure from the United Kingdom, where Harry was raised. The married couple announced in January their plans to step back as senior members of the royal family.

Meghan and Harry then temporarily moved to Vancouver, Canada, before settling down in California. The couple was first reported to be staying at Tyler Perry’s multimillion-dollar mansion in Los Angeles, the former “Suits” actress’ hometown. The couple then purchased a home in Santa Barbara, where they currently reside with their son Archie.

Eugenie, 30, announced in September that she and Brooksbank were expecting their first child. She shared the happy news on Instagram with an adorable photo of a pair of fuzzy teddy bear baby shoes.

“Jack and I are so excited for early 2021….👶🏻,” Prince Andrew’s youngest daughter captioned the photo.

Buckingham Palace also confirmed her pregnancy in a statement at the time.

“👶 Her Royal Highness Princess Eugenie and Mr Jack Brooksbank are very pleased to announce that they are expecting a baby in early 2021,” the official royal family’s Instagram account reads underneath a photograph of the couple on their wedding day. “The Duke of York and Sarah, Duchess of York, Mr and Mrs George Brooksbank, The Queen and The Duke of Edinburgh are delighted with the news.”

Back in January, Meghan and Harry explained on their former website that Frogmore Cottage would continue to be their U.K. residence even after their departure as senior members of the British royal family. The cottage is owned by Harry’s grandmother, Queen Elizabeth II.

WHAT HAPPENS TO MEGHAN MARKLE, PRINCE HARRY’S FROGMORE COTTAGE AFTER THEY STEP BACK AS SENIOR ROYALS

The Duke and Duchess of Sussex were offered residence in Frogmore Cottage by the queen once it was determined that a residence in Kensington Palace wouldn’t be available until the fourth quarter of 2020 due to required renovations. Meanwhile, necessary renovations on Frogmore Cottage were already underway and were completed before the birth of their first child, Archie.

The website explains that it is part of the monarchy’s duty to maintain historic royal palaces through public funds. However, for those that think the couple is living high on the public’s dime, their website notes that the total cost of choosing Frogmore Cottage instead of the Kensington Palace residence, “equated to 50 percent of the originally suggested property.” In addition, it notes that public funds were only used to maintain the upkeep of the historic building.

“Expenses related to fixtures, furnishings, and fittings at the official residence – which is owned by Her Majesty the Queen – were funded privately by The Duke and Duchess of Sussex,” the website reads.

Eugenie and her husband dated for seven years before becoming engaged in January 2018. Brooksbank proposed during a holiday trip to Nicaragua.

The couple wed on Oct. 12, 2018, in St. George’s Chapel in Windsor Castle near London, the same venue where Prince Harry and Meghan Markle tied the knot months prior.

Reps for Buckingham Palace and the Duke and Duchess of Sussex did not immediately respond to Fox News’ requests for comment.