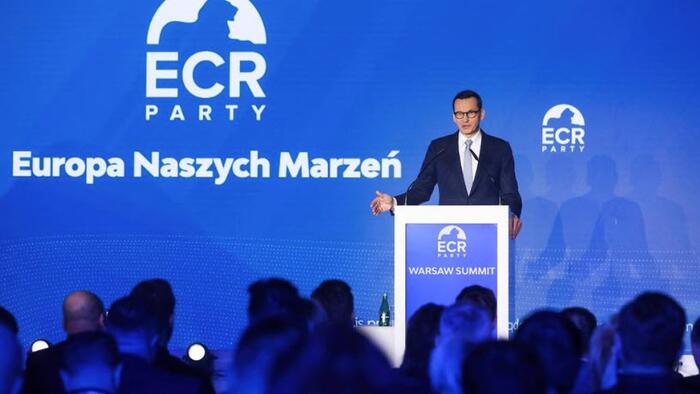 As Europe attempts to tackle the great challenges ahead, its choice lies between the republican way or that of bureaucratic centralism, Poland’s Prime Minister Mateusz Morawiecki said during the final session of the European Conservatives and Reformists (ECR) summit in Warsaw.

Morawiecki assessed that Europe has to make the “fundamental choice of the republican way, the direction of community that combines freedom and solidarity” or it will turn into a “centralized, bureaucratized behemoth with the tyranny of bureaucracy.”

He claimed the continent is currently experiencing a “breakthrough, the kind that happens once a few decades, sometimes even a century,” comparing the moment to the Congress of Vienna of 1815 and the Treaty of Versailles after World War I.

“Today, Europe must also answer the question of whether it wants to be a great, important, global, transatlantic player or a subject to the games of world’s great powers,” said Morawiecki.

According to the Polish prime minister, the condition of European power and sovereignty is the cooperation of “strong, sovereign countries” and their opposition to the plans of implementation of the “centralist tyranny.”

“Europe of states, nations does not contradict a very close cooperation based on what should be the foundation of the EU — economic cooperation, free competition,” said Morawiecki.

The event in Warsaw was organized by the European Conservatives and Reformists group. Italy’s Prime Minister Giorgia Meloni and the leader of Spanish Vox party, Santiago Abascal, also attended the meeting via video link.