Remain in Mexico to be reimplemented 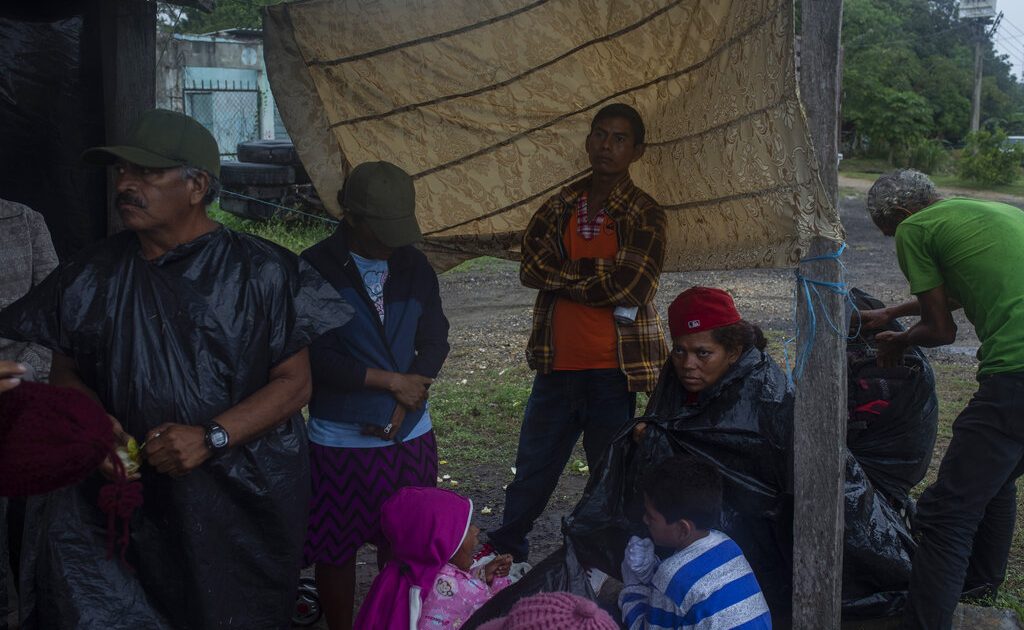 Migrants, who are part of a caravan, are forced to take a rest after rain showers prevent them from moving on their journey north, in Sayula de Aleman, Veracruz state, Mexico, Friday, Nov. 19, 2021. A group of mainly Central American migrants are attempting to reach the U.S.-Mexico border. (AP Photo/Felix Marquez)

A Texas court forced the Biden administration to reinstate the Remain in Mexico policy, a system where migrants crossing Mexico headed for the U.S. stay in Mexico while they await a court date for asylum. Remain in Mexico was first implemented in 2019 by 45th President Donald Trump after months of negotiations with the Mexican government.

Upheld by the Supreme Court in 2020, the policy has been the focus of much consternation among Democrats in particular. Rep. Bennie Thompson (D-Miss.) claimed, the policy has “distorted our immigration system by effectively closing the door to people seeking safety in this country.”

After getting to the Oval Office, Joe Biden promised to reverse Trump’s immigration policies, including Remain in Mexico. He ordered a full review of them while claiming they were “harmful” and counterproductive” across the board. While Biden did rescind the policy, it immediately faced court battles. One judge in Texas almost immediately ruled that the policy is lawful and must remain in place.

In the administration, this view upset Homeland Security Secretary Alejandro Mayorkas who appealed the ruling and is promising to get rid of the policy if any appeal is successful. The federal appeals courts up to the Supreme Court itself have thus far refused to overturn the lower court ruling.

The alternative to remaining in Mexico is so called Catch and Release, where migrants cross the border illegally, but are allowed entry into the U.S. pending a court date. Secretary Mayorkas supports this initiative.

According to Democrat Sen. Dick Durbin (D-Ill.), Remain in Mexico is inhumane and the administration is right to not embrace it.

“If I recall correctly, during the Trump administration, many of these children were not even given the benefit of a roof over their heads in America,” said the Illinois lawmaker. “They were sent back for remain in Mexico, a policy which this administration does not support.”

Biden is trying to give the migrants as much benefits at the expense of the American people as possible before being told to stay in Mexico, giving anybody who crosses the border illegally a chance to get the COVID vaccine for free before they are sent back.