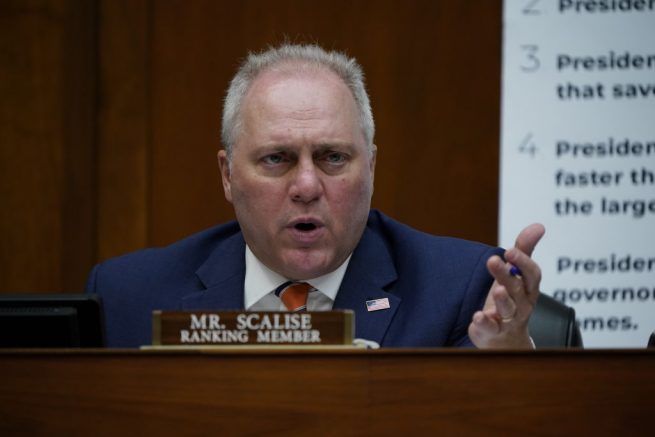 House Republican Whip Steve Scalise (R-La.) defended President Trump from attacks over the Capitol breach on January 6. During an interview on Sunday, Scalise said the blame should mainly be placed on the hundreds of people who stormed the Capitol, not President Trump.

He noted federal agencies worked hard to hold protesters accountable and cited that nearly 200 of them were arrested. Scalise also highlighted Democrats’ quickness in pushing the blame for the January 6 event, but their reluctance in condemning BLM riots this past summer.

Protestors stand as mattresses are set on fire in front of the North Precinct Police building in Portland, Oregon on September 6, 2020. (Photo by ALLISON DINNER/AFP via Getty Images)

“President Trump has denounced what happened,” Scalise stated. “And I think everybody should have been equivocal in their denouncing of what happened, not only on Jan. 6, but during the summer when they were burning down cities, shooting cops, beating people in the streets. You saw the left denouncing January 6 as we did, [but] they didn’t denounce what happened in the summer.”

Scalise urged both sides of the aisle to decry those who resort to violence to settle political disputes.