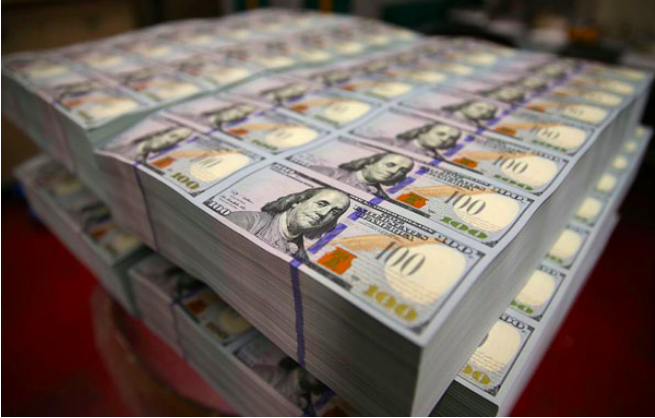 A new study reveals that between 2000 and 2016 the federal government, through its Department of Homeland Security and Customs and Border Protection agencies, confiscated some $2 billion in cash from travelers.

Only a tiny fraction eventually was linked to any allegation of criminal activity.

The study by the Institute for Justice is part of its battle against civil forfeiture processes in the United States that allow government agents to take cash away from citizens.

Sometimes, eventually, they are forced to give it back.

The organization said the most common offense is not filing the required paperwork when they travel with cash internationally.

The study, titled “Jetway Robbery? Homeland Security and Cash Seizures at Airports,” was the first to examine airport currency seizures by CBP, ICE and other DHS agencies. It also was the first to use data from the Treasury Department’s forfeiture database, the Seized Assets and Case Tracking System or SEACATS.

IJ obtained access to the information after a multiyear legal battle.

The organization found that over that time period, there were 30,000 seizures, totaling some $2 billion.

“The most common reason for airport currency seizures is a failure to report traveling internationally with $10,000 or more in cash or other currency, as required by federal law,” explained IJ’s Jennifer McDonald.

“Such paperwork violations account for half of all currency seizures and over a quarter of the total value seized – more than half a billion dollars – most without a demonstrated connection to serious criminal activity.”

One egregious example concerned Anthonia Nwaorie, a U.S. citizen from Katy, Texas, who was found with $41,000 she was taking to her native Nigeria to build a free medical clinic for women and children, IJ said.

“Anthonia had no idea she needed to report leaving the country with more than $10,000 until CBP agents seized her cash and sent her packing,” said Dan Alban, an IJ senior attorney.

IJ is fighting on her behalf in court.

“The requirement to report upon entry is well known because travelers are required to complete a customs declaration, but there is no corresponding form to complete when departing and the requirement is not well publicized,” he said.

IJ found only one in 10 cases involving a reporting violation leads to an arrest, and a second offense – such as drug trafficking or money laundering – is alleged only 0.3% of the time.

“And regardless of the offense alleged, less than a third of cases overall involve an arrest. This suggests that even when something more serious than a mere paperwork violation is alleged, offenses are rarely egregious enough – or the government’s evidence is rarely strong enough – to warrant arrest, let alone prosecution,” IJ said.

In fact, 91% of seized currency that is ultimately forfeited is processed under civil, rather than criminal, procedures, meaning no one had to be convicted for the government to keep the cash.