Revealed: 2021’s top killer that took 12 times as many lives as COVID 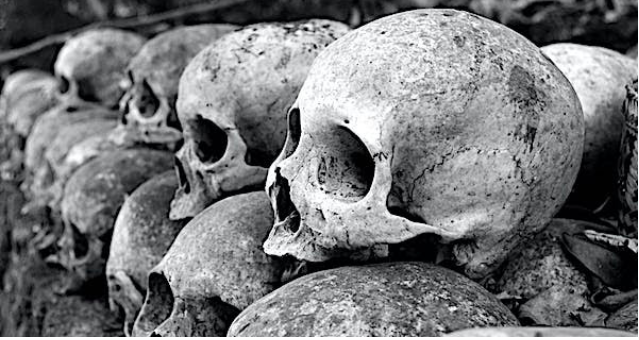 Democrats and their media lapdogs are cranking up the coronavirus fearmongering again while ignoring the fact that abortion — not COVID-19 — was the world’s leading cause of death in 2021.

In 2021, abortion topped deaths from cancer, car accidents and suicide by a wide margin, according to Worldometer.

The World Health Organization says cardiovascular diseases are the No. 1 cause of death globally, killing an estimated 17.9 million people in 2019. But that ranking doesn’t take into account the lives lost to abortion.

“With 58.7 million people dying last year from a cause other than abortion, that means abortions accounted for 42% of every death around the world last year,” LifeNews reported.

There’s debate over the accuracy of coronavirus death counts amid reports that they’ve been inflated, but even assuming the reported total is accurate, abortion is 12 times more deadly than the coronavirus. Yet we’ve seen a leftist outcry about the virus deaths and none about those lost to abortion. Why?

“Unborn babies are not recognized as human beings even though biology indicates that they are unique, living human beings from the moment of conception and they die brutal, violent deaths in abortions,” LifeNews said.

What’s shocking is that Democrats and their establishment media partners rabidly support abortion despite its disparate impact on black Americans. This hypocrisy is telling because liberals routinely attack anything that has a disproportionately negative impact on blacks.

That’s why leftists support Black Lives Matter’s destructive “defund the police” frenzy: They claim policing is “racist” because enforcing the law has resulted in many black Americans getting arrested and jailed.

One such "risk factor" is being a race or ethnicity that is not White due to "longstanding systemic health and social inequities" pic.twitter.com/OuAaWBt3lG

Using this logic, you’d think that Democrats and their corporate media allies would vehemently oppose abortion, which is a leading killer of black babies. But the opposite is true.

The anti-abortion site explained that “the average black woman is almost five times more likely to have an abortion than the average white woman. Part of this disparity owes to the fact that, statistically, black women get pregnant more frequently than white women, but even if we control for pregnancy, black babies are still more than three-and-a-half times more likely to be aborted than their white counterparts.”

Alveda King, the niece of the Rev. Martin Luther King Jr., said the civil rights leader would have opposed abortion.

In a 2019 blog post, she quoted her uncle as saying, “The Negro cannot win if he is willing to sacrifice the future of his children for personal and immediate comfort and safety. How can the ‘Dream’ survive if we murder the children? Every aborted baby is like a slave in the womb of his or her mother. The mother decides his or her fate.”

Despite its disparate impact on black babies, leftists are curiously silent about the disproportionately racial impact of abortion. The hypocrisy is both farcical and tragic.

Meanwhile, they harangue all Americans to get triple-vaccinated and wear masks everywhere while ignoring a far more deadly killer.