‘Revelatory Storm’ Will Come, But Not Fully In Time For This Election 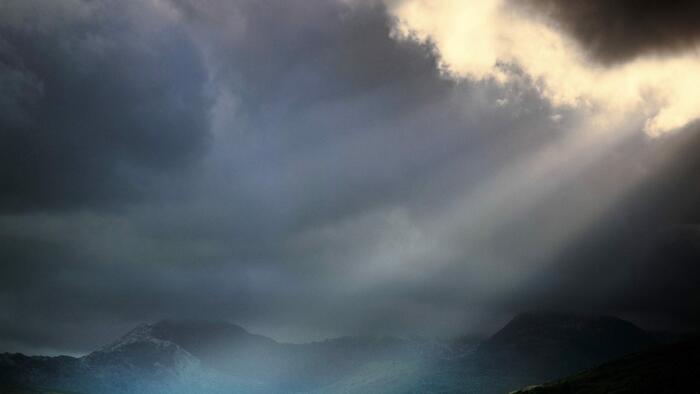 “Many believe we are approaching a tipping point, that we are on the verge of a ‘revelatory storm,’ that the truth is finally coming out… What if we never reach it? What if the guilty are never held to account? What if we forget only to transgress again and again?”

Authored by Mark Glennon via Wirepoints.org,

Years ago in Texas, I went to a luncheon talk by Pres. Lyndon Johnson’s former press secretary, George Christian. He said he and the rest of Johnson’s staff tried to stick to just three themes in most every message from Johnson: “help the poor, educate the kids and beat up on the communists.”

The themes change but that’s widely accepted wisdom for politicians – maintain the discipline to stick to very few issues that work for you because that’s about all most voters can digest. Most research says the average American spends only about an hour per day following the news.

That’s far too little time for voters to digest the number and gravity of the catastrophes America and Illinois are suffering through, most of which were inflicted by our own government.

The far left now controlling Illinois and the federal government lie and lie and lie again, at a pace too fast for the public to follow.

They’ve flooded the zone, as said in sports. Most voters are simply too busy busting their backs to keep the bills paid, or are too indifferent, to get the entirety of what has become of us into their consciousness.

Most importantly, public understanding has been willfully retarded through censorship by most of the traditional media, big tech platforms and the government itself.

Many of those failures are genuinely existential threats to the nation and Illinois. To wit:

What may prove still more important are things being missed because we are preoccupied with that list. Columnist Michael Barone recently pointed out that, even in ordinary times, pending crises are often overlooked in election debates.

“I don’t remember any candidates talking about Islamic terrorism in the midterm elections of 1998 or about the risk of investing in mortgage-backed securities in 2006,” he wrote.

“Going back a ways, I can’t recall much discussion about how to win or de-escalate the Vietnam War in 1966 or to cope with rising inflation in 1970.”

He’s right. Foreign policy matters have gone entirely unmentioned this year. The only exception was a group of progressives who recently questioned our level of commitment to Ukraine, but they were immediately slapped down into silence by their own party.

Or how about a questions on what age is too young for trans-gender surgery and medication? Europe is years ahead of us on that debate (and increasingly banning those treatments below a certain age), yet debate has barely reached our shores.

Ponese, that Epoch Times author quoted above, fears that the truth may never come out thanks to censorship by the establishment and our own blind trust.

“We have relied for too long on institutions to do the remembering for us, to generate moral responsibility on our behalf,” she wrote.

“In the era of the Truth and Reconciliation Commission, personal accountability has been trained out of us. We were taught to believe that institutions would act as our surrogate moral conscience, taking account and making apology for us.”

That much is true, but things are changing. Alternative voices exposing the truth are being heard, though gradually. Polls show overwhelming, bipartisan distrust of traditional media. Most everybody knows we are being lied to, though it will take time to assimilate just how thoroughly we’ve been lied to.

That full scope of understanding won’t come before this election.

But when it comes, it will indeed be a “revelatory storm” – a grand epiphany causing future generations to ask how ours could have been so thoroughly duped.