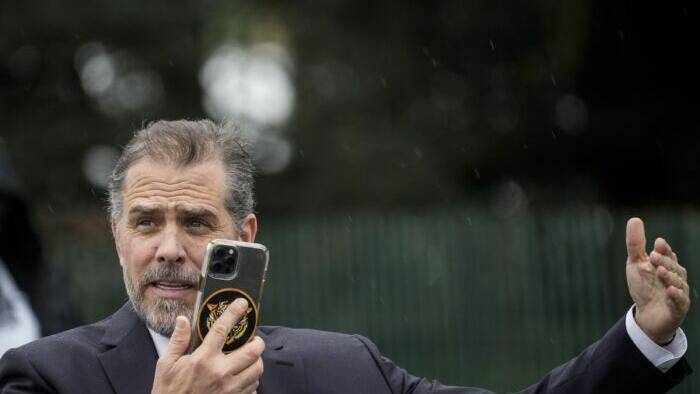 Authored by Mark Tapscott via The Epoch Times (emphasis ours),

“Most Americans have never heard the term ‘Suspicious Activity Reports.’ These are actual reports that financial institutions file with the Treasury Department when they see suspicious activity,” Jordan told Epoch TV’s Joshua Phillip in an interview for the “Newsmakers” program.

“Typically, it’s money laundering type of activity, so most Americans don’t get these. Or if they do, there is a good reason for it. But there are 150 of them on Hunter Biden and Jim Biden, the President’s brother, and that to me is a big concern,” Jordan said.

Only two of the 150 have been made public and the Biden administration through the Department of the Treasury is refusing to make the other 148 SARs available to congressional investigators, Jordan explained.

“So the Biden administration hasn’t complied with any of the correspondence, any of the letters and requests that came from [incoming House Committee on Oversight and Reform Chairman James Comer (R-Ky.)]. They have changed the policy on SARs for the ability of committees to review that information,” Jordan continued.

“So we’ll see if we get access. Maybe we’re going to have to go to the banks to get that information, and not through the Treasury Department,” he said.

A Treasury Department spokesman did not respond to The Epoch Times’ request for an explanation of the Biden administration’s 2021 decision to end a long-standing process whereby SARs and other reports provided under the Bank Secrecy Act whenever requested by a congressional committee with appropriate jurisdiction.

Following the administration’s decision, House Financial Services Committee Chairman Maxine Waters (D-Calif.) introduced, and the House subsequently approved, H.R. 7734, the “Timely Delivery of Bank Secrecy Act Reports Act.”  The Waters bill was approved by the House July 26, 2022, on a 349-to-70 vote, with majorities of both parties supporting the measure.

The Waters measure would require the Treasury Department to provide copies of SARs to requesting congressional officials within 30 days and requires financial institutions to turn over requested copies upon receipt of a congressional subpoena.

Biden administration officials have offered several cumbersome alternative processes that would only allow congressional aides to go to reading rooms at the Treasury Department to view SARs, but they would not be allowed to make copies of the documents.

“Unfortunately, Treasury and [Financial Crimes Enforcement Network] FinCEN have recently severely restricted congressional access to Suspicious Activity Reports by requiring congressional staff to review all material in a reading room at Treasury, prohibiting the copying of materials for purposes of highlighting, ongoing reference, or margin notation, and restricting information collection to note taking.

“As an alternative, Treasury and FinCEN have offered to bring the material to the requesting committee and then take the material back to Treasury when the review is completed.

“The restrictions that they have imposed upon congressional access to SARs and related materials are unworkable given the complexity and amount of information contained in such materials, and severely impairs Congress’ responsibility to carry on its oversight work in a timely and effective fashion.”

Despite the overwhelming House vote for the Waters measure that would have effectively restored congressional access on a par with what it was prior to President Joe Biden taking office, the Treasury Department continues to withhold access to SARs, except as decided on a case-by-case basis.