Today, he accused Soros of funding the BDS (Boycott, Divest and Sanctions) movement against Israel, with his ultimate goal: to destroy the Jewish homeland. He also correctly suggested Soros is an anti-Semite. 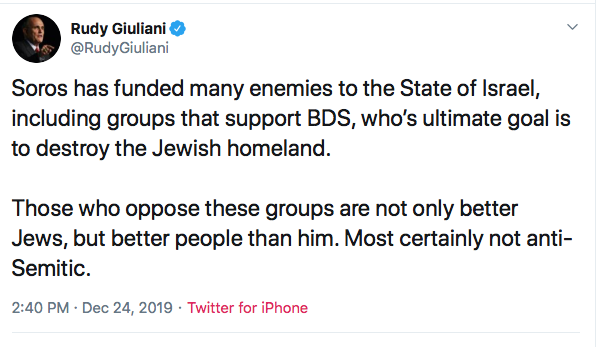 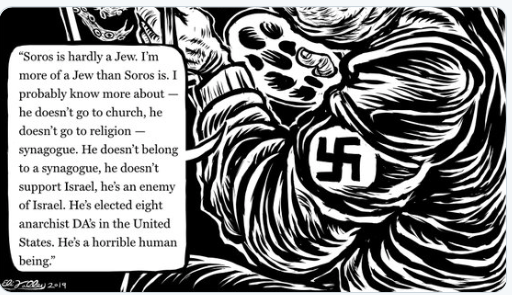 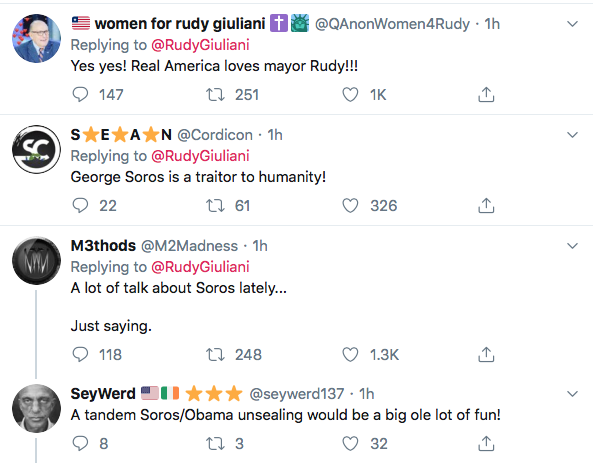 Is Rudy Giuliani correct to accuse George Soros of being an anti-Semite?

In 1998, Steve Kroft of “60 Minutes interviewed George Soros about working with the Nazis to confiscate the property of Jews. He not only didn’t think it was wrong, he said it was the happiest time in his life.

In the interview, Soros explained to Kroft how his father, who was a successful lawyer, paid a Hungarian government official named Baumbach to claim George as his Christian godson, “Sandor Kiss,” and to let the boy live with him in Budapest. One of Baumbach’s duties was to deliver deportation notices to Hungary’s Jews, confiscating their property and turning it over to Germany. Young George Soros accompanied the official on his rounds 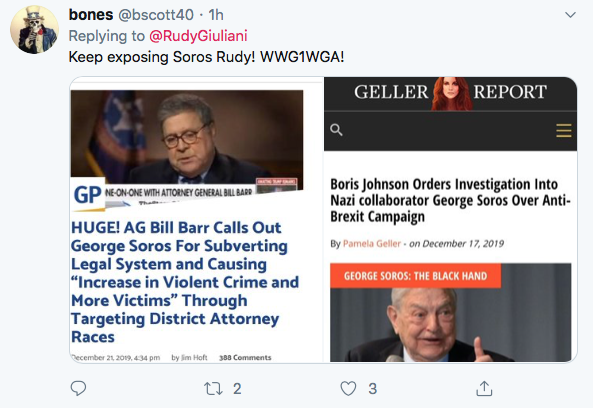 Soros today recalls the German occupation of Hungary as “probably the happiest year of my life.” “For me,” he elaborates, “it was a very positive experience. It’s a strange thing because you see incredible suffering around you and the fact you are in considerable danger yourself. But you’re fourteen years old and you don’t believe that it can actually touch you. It’s a very happy-making, exhilarating experience.”

While hundreds of thousands of Hungarian Jews were being shipped off to the death camps, George Soros accompanied his appointed “godfather” around confiscating property from Jews. When Kroft asked Soros if taking possessions from fellow Jews bothered him? George admitted it wasn’t difficult at all to take part in confiscating property from the Jews.

Discover the Networks  New York hedge fund manager George Soros is one of the most politically powerful individuals on earth. Since the mid-1980s in particular, he has used his immense influence to help reconfigure the political landscapes of several countries around the world—in some cases playing a key role in toppling regimes that had held the reins of government for years, even decades. Vis à vis the United States, a strong case can be made for the claim that Soros today affects American politics and culture more profoundly that any other living person.

Much of Soros’s influence derives from his multi-billion-dollar personal fortune, which is further leveraged by at least another $25 billion in investor assets controlled by his firm, Soros Fund Management. An equally significant source of Soros’s power, however, is his passionate messianic zeal. Soros views himself as a missionary with something of a divine mandate to transform the world and its institutions into something better—as he sees it. 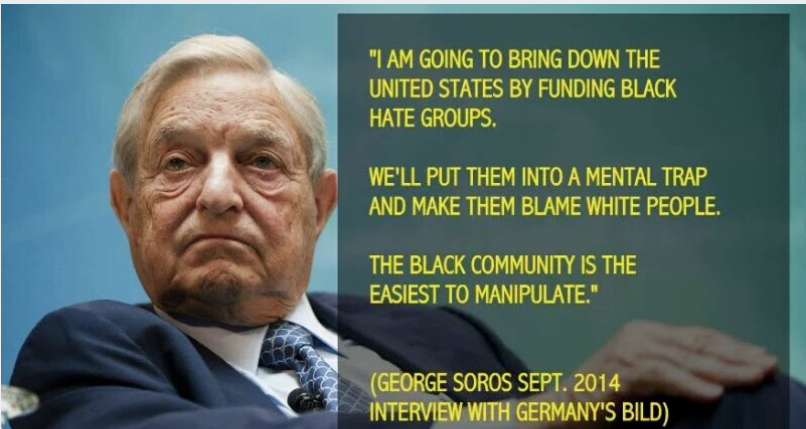 In 1993 Soros established the flagship of the Soros foundation network—the New York City-based Open Society Foundations (OSF), which went by the name of the Open Society Institute until 2010. While OSF’s philanthropy extends to a number of nations around the world, it is chiefly devoted to injecting capital into American insurgent groups and causes.

Entrusted with the task of defining the foregoing terms for the OSF, and for articulating OSF’s agendas from the outset, was Aryeh Neier, whom Soros appointed to serve as president not only of OSF, but of the entire Soros Foundation Network. Thirty-four years earlier, Neier had created the Students for a Democratic Society (SDS), which became the largest and most important radical group of the 1960s. SDS aspired to overthrow America’s democratic institutions, remake its government in a Marxist image, and undermine the nation’s war efforts in Vietnam.

Following his stint with SDS, Neier worked fifteen years for the American Civil Liberties Union (ACLU)—including eight years as its national executive director. After that, he spent twelve years as executive director of Human Rights Watch (HRW), an organization he founded in 1978.

Both the ACLU and HRW have long promoted one of the central contentions of Soros’s Open Society Foundations: the notion that America is institutionally an oppressive nation and a habitual violator of human rights both at home and abroad.

Consider first the ACLU, whose advisory board once included the former Weather Underground terrorist Bernardine Dohrn. The ACLU has opposed virtually all post-9/11 national security measures enacted by the U.S. government, depicting those measures not only as excessively harsh and invasive generally, but also as discriminatoryagainst Muslims in particular. 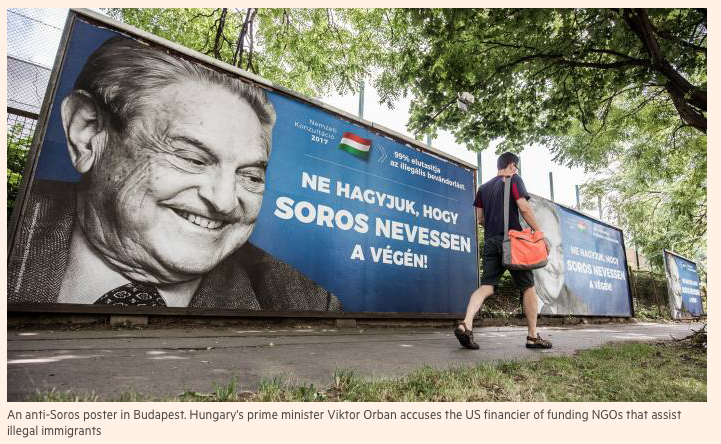 Moreover, the organization has filed numerous lawsuits seeking to limit the government’s ability to locate, monitor, and apprehend Muslim terrorist operatives. It consistently depicts American society as one that is rife with intractable racial injustice. And it works tirelessly to protect illegal immigrants against “governmental abuse and discrimination.”

These (and many other) ACLU activities and policy positions are entirely consistent with those of Aryeh Neier and George Soros, as evidenced by the fact that between 1999 and 2008, OSF awarded $8.69 million in grants to the ACLU Foundation.

OSF’s total assets today exceed $1.9 billion. Each year, the Foundations award scores of millions of dollars in grants to organizations that—like the ACLU and HRW—promote worldviews and objectives accordant with those of George Soros.

Following is a sampling of the major agendas advanced by groups that Soros and OSF support financially. Listed under each category heading are a few OSF donees fitting that description  – Organizations that accuse America of violating the civil rights and liberties of many of its residents, especially Muslims: 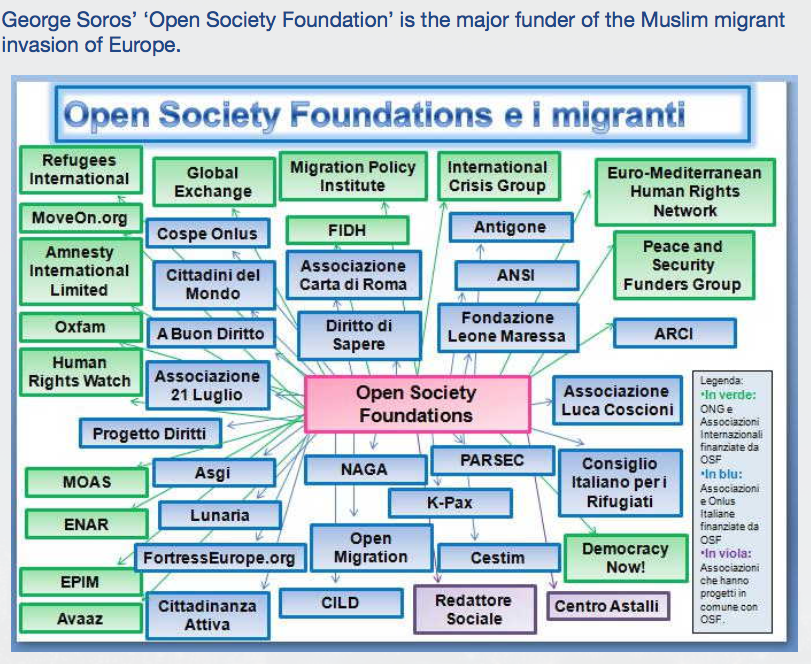 Don’t fool yourself into thinking  that when George Soros dies, his reign of economic terrorism will die also.

MORE ON THE ANTI-SEMITIC, AMERICA/ISRAEL-HATING SOROS:

Did you know that one-third of European Union officials (and many unnamed American ones) are on the George Soros Open Society payroll?

DID YOU KNOW that George Soros is providing pre-paid debit cards to illegal alien Muslim invaders from Africa and the Middle East to fund their trips into Europe?

Apparently, George Soros is in charge of who and how many Muslim economic migrants posing as refugees are being given asylum in Canada