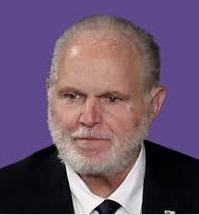 In fact, it’s going to get bigger… but it’s not because of President Donald Trump.

In a bombshell prediction, Limbaugh said that it will be pressure from Democrats that will bring the story into the mainstream media.

The ultimate goal will be to get Kamala Harris into the Oval Office. Biden was a placeholder, which is why the Democrats killed the story — but Rush predicts it will resurface now that the election is over.

“Joe Biden is a placeholder. He has always been a placeholder. I’ve never seen this. I don’t know how many presidents … I’ve been alive for, but I don’t recall any president ever having so little personal attachment to his voters,” Rush told listeners Wednesday. “I don’t encounter anybody on the left who is thrilled that Biden is going to be president.”

“What have I said? I have said what the left wants is something they could not achieve,” he said. “They could never have run Kamala Harris as the nominee — and she couldn’t have won the nomination on her own, by the way. She tried.”

“Do you think the Democrats gonna wait however many years for Joe Biden to say, ‘You know what? I don’t want to do this anymore’? They’re not gonna wait. That’s why the Hunter Biden news is starting to flow free now,” Rush said.

“There’s gonna be, all of a sudden, a newfound reason to look into Joe Biden and Hunter and the ChiComs, ’cause they want Kamala in there tomorrow.”

Without Trump, the media will need someone to vilify to drive ratings. Hunter’s story will be all the rage if Biden is inaugurated. The scandal will consume the Biden presidency, Rush predicted, and put Kamala Harris on the big stage.

Rush Limbaugh said the Democratic Party insiders would pressure Biden to resign to protect his son, and that the media would begin to sell Harris to the American public in short order.

“She’d be the first female president. Historic. See, if anything were to happen that would gently give Joe Biden a shove toward an early exit, it would not be the worst thing in the world,” he said. “It’s exactly what they want, ladies and gentlemen. So let’s keep a sharp eye. Let’s keep a sharp eye on how the Never Trumpers and how some of the others and the Democrats treat Sleepy Joe going forward.”