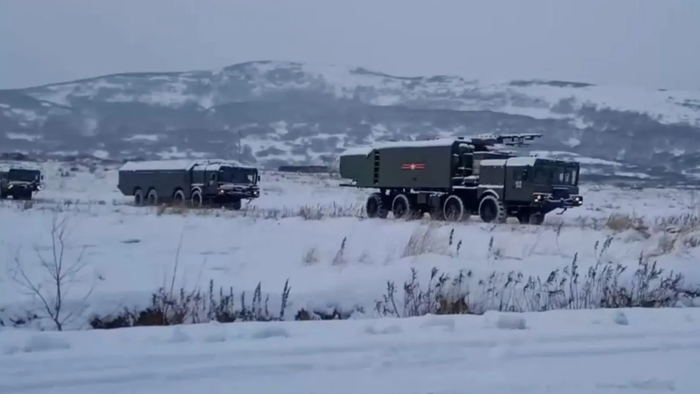 Russia has inflamed regional tensions with Japan by deploying new missile defense systems in the disputed Kuril Islands, specifically a mobile coastal defense missiles system on a northernmost island in the chain.

“Coastal servicemen of the Pacific Fleet will keep a round-the-clock watch to control the adjacent water area and strait zones,” the Russian defense ministry said in announcing the new missile placement on Tuesday.

Paramushir is the island hosting the new coastal defense missiles, which lies between Russia’s Kamchatka Peninsula and Japan, with the Kremlin further describing that it plans a permanent troop deployment to keep the systems operational for year-round service, including military housing and even recreation, akin to a full base.

Russia has long been denounced by Japan and its allies in the West for militarizing the islands, building up a military presence “under the radar” – despite Tokyo also claiming sovereignty over them, which it calls the Northern Territories or Southern Chishima.

All of this comes amid long-running on again, off again peace negotiations over the islands’ status. Russia had already deployed Bastion systems on Matua, part of the central Kuril Islands, but this new announcement of an expansion of coastal systems to other islands on a year-round basis marks a significant escalation.

As for the peace talks regarding the islands’ status, Russia cut them off after Japan imposed Ukraine-related sanctions on Moscow. According to Reuters, “Japan’s Chief Cabinet Secretary Hirokazu Matsuno told a Tuesday news conference that the government will closely monitor the Russian military activity, adding it has been intensifying in the far east regions in tandem with Moscow’s invasion of Ukraine.”

Washington-based think tank Center for Strategic and International Studies in a September report urged greater United States involvement in the region as a result of Russia’s ongoing island militarization.

“Russia’s steps to boost its presence suggest that the islands will continue to play a pernicious role in the future of Russo-Japanese relations and that Japan and the United States should deepen consultations regarding Russia’s activities in the region,” CSIS said.