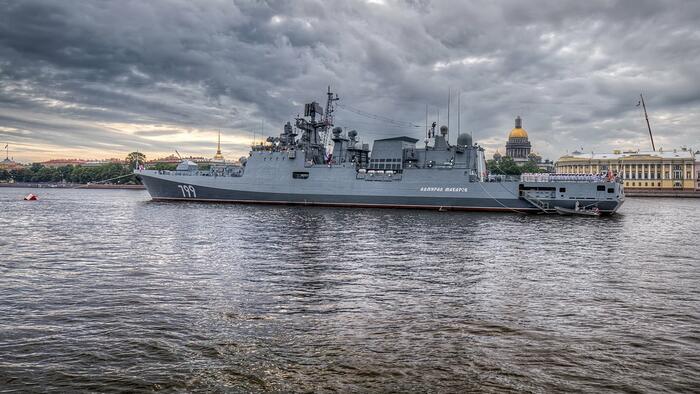 Moscow says it has firm evidence that Britain’s military assisted with last weekend’s large-scale drone attack on its Black Sea fleet off Crimea.

Russia said it plans to summon the British ambassador “in the near future” in order to present “evidence” the UK was behind the operation, which had threatened to collapse the UN-brokered Ukrainian grain export deal.

While Russia has on Wednesday announced it is re-entering the grain deal after receiving “guarantees” from Ukraine and Turkey, it is still pointing the finger at London for sending “specialists” to help Kiev forces launch Saturday’s drone attack.

Kremlin officials have yet to provide proof, but stated the following on Wednesday:

“The U.K. ambassador will be summoned and will be given the appropriate materials,” Foreign Ministry spokeswoman Maria Zakharova said, adding the meeting would take place “in the near future.”

“The basic materials will be handed over as evidence to the British side and will also be shown to the general public,” she added.

Zakharova then said the evidence will be published for the world to see, following a blistering Saturday statement which alleged the Ukrainian army launched the drone attack “under the leadership of British specialists in the city of Ochakiv” in southern Ukraine.

As for the major drone operation, which likely damaged multiple Russian Navy vessels, The Guardian described based on videos which emerged of some of the attacks:

Russia’s Black Sea flagship vessel, the Admiral Makarov, was damaged and possibly disabled during an audacious Ukrainian drone attack over the weekend on the Crimean port of Sevastopol, according to an examination of video footage.

Open-source investigators said the frigate was one of three Russian ships to have been hit on Saturday. A swarm of drones – some flying in the air, others skimming rapidly along the water – struck Russia’s navy at 4.20 am. Video from one of the sea drones shows the unmanned vehicle weaving between enemy boats.

Ukrainian officials said it was unclear if the Admiral Makarov was badly crippled, or had escaped with light damage. Unconfirmed reports said its hull was breached and radar systems smashed. Social media recorded loud explosions in the southern part of Sevastopol, in an area known as Riflemen’s Bay. A Russian navy school is located nearby.

Very epic footages from today’s attack by drones on the Port in Sevastopol, Crimea
/1 pic.twitter.com/9kDbDBkWPV

It should be noted that Russia has also of late accused British special operatives of helping to plan the September sabotage attack on the Nord Stream gas pipelines under the Baltic. The US has rejected these charges as “false claims on an epic scale.”