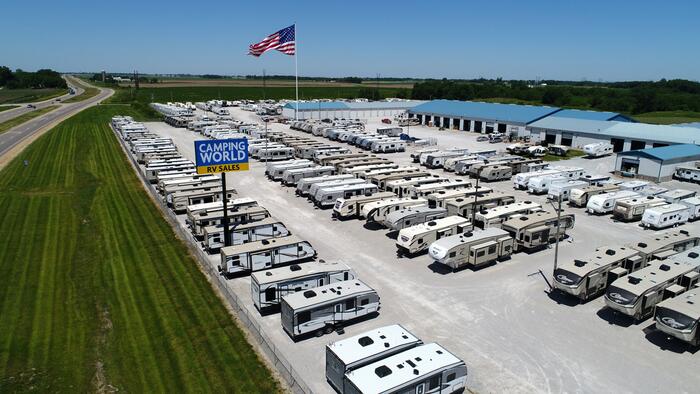 There are dozens of recreational vehicle dealerships lining highways up and down the US East Coast. As of the Thanksgiving holiday week, driving down Interstate 95 and 85 from the Mid-Atlantic region into the Deep South, RV dealerships are overflowing with inventory, a massive change from the empty parking lots when RVs were in high demand during the pandemic.

RV Industry Association’s October 2022 survey of manufacturers shows total RV shipments ended the month with 32,652 units, a massive decline of 43.7% compared to the 57,971 units shipped in October 2021. Through October, RV shipments are down 12.2% compared with the same period last year, with 448,246 wholesale shipments.

Towable RVs, led by conventional travel trailers, saw shipments last month plunge by 48.3% compared with the same month the previous year with 27,329 shipments. However, motorhome shipments were up 4.1% compared to the same month last year, with 5,323 units.

Meanwhile, there’s been an explosion in shipments of parked model RVs, up 43.2% compared to the same month last year, with 507 wholesale shipments. So far this year, parked model RVs are up 16.5%, with 3,947 shipments. There was no official reason why trailers, or as the millennials call them, “tiny homes,” saw a surge in shipments, though demand could be rising as housing affordability is the worst on record, pricing tens of millions of Americans out of a traditional home due to elevated mortgage rates and record high home prices.

Take a look at the heavy discounting at the RV dealership Camping World in South Carolina.

To sum up, the RV bubble of the pandemic is deflating, and the overflowing inventory sitting on RV dealership lots may suggest soaring interest rates have crushed demand. Now comes the terminal bullwhip effect, where dealerships must unload RVs.