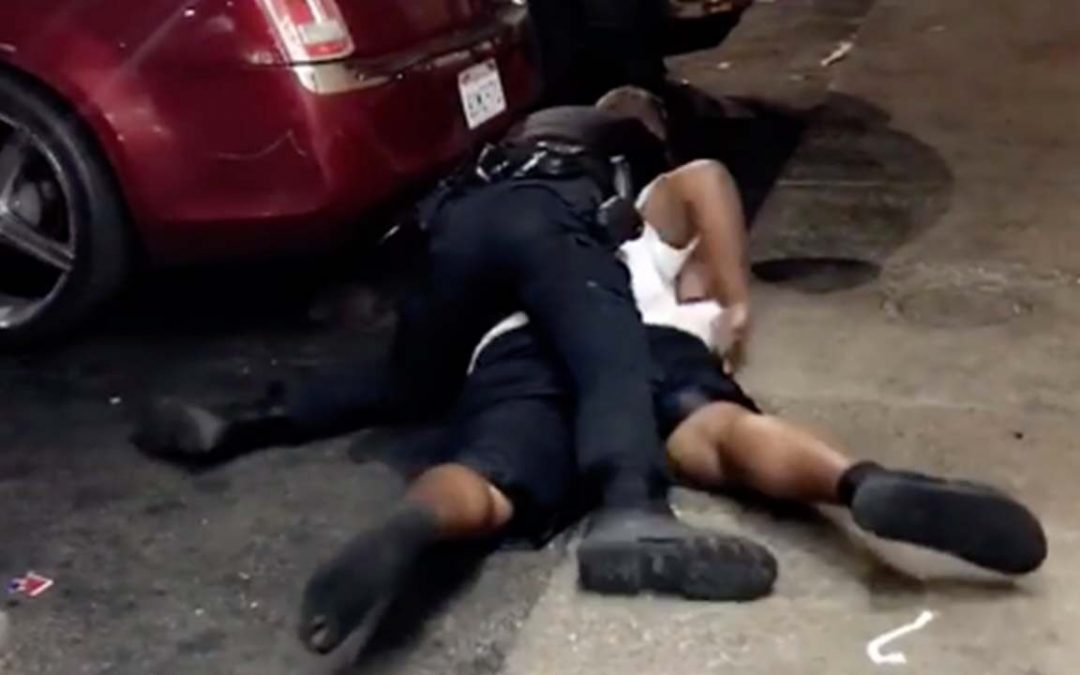 Dozens of protesters came out Friday night to demonstrate against the police-involved shooting of a Black man in Southern California one night earlier.

The protesters in San Bernardino marched down a street, blocking traffic at an intersection near where the man was shot. They shouted slogans such as, “Abolish the police!” and “F— the police!” according to videos on social media.

Cellphone video shot by a bystander captured part of the shooting in which an officer shot and killed a suspect who police say had pulled a gun from his pocket Thursday.

Police identified the man who was shot as Mark Matthew Bender Jr., a 35-year-old San Bernardino resident. They said his lengthy rap sheet includes an arrest for attempted murder.

The department tweeted just before 9 p.m. that the protesters had moved out of the intersection.

Police released the video of the shooting, which is nine seconds long, on Friday.

It shows the uniformed officer wrestling Bender to the ground and yelling, “Stop fighting, dude.”

As the struggle continues, Bender on the ground can be seen reaching for an item in his waistband.

As both men get back on their feet, the officer is then seen drawing his weapon and firing four shots.

The officer had responded to the liquor store for a report of a man with a gun acting erratically, jumping on top of parked vehicles, FOX 11 of Los Angeles reported.