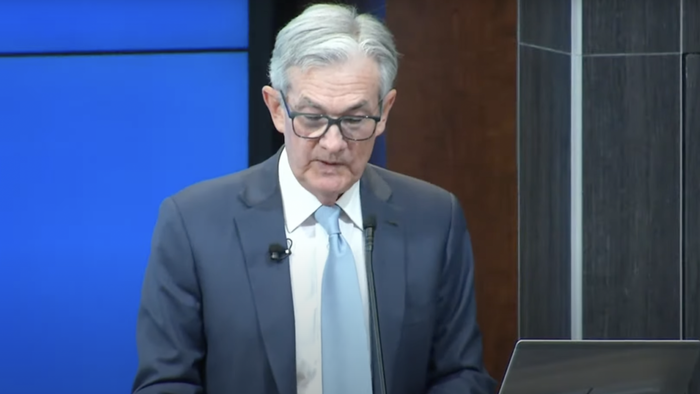 Federal Reserve Chairman Jerome Powell all but confirmed a soft pivot by the central bank in its inflation fight on Wednesday, while trying to maintain a hawkish demeanor.

The markets appear to be buying the pivot, but they are ignoring Powell’s “tough guy” spin.

In a speech at the Brookings Institution, Powell said it was time to “moderate” the pace of rate hikes.

It makes sense to moderate the pace of our rate increases as we approach the level of restraint that will be sufficient to bring inflation down. The time for moderating the pace of rate increases may come as soon as the December meeting.”

This was widely construed to signal that the central bank would only raise rates by 50 basis points instead of 75 at the next meeting. While still a significant bump up in rates, it indicates that the Fed is ready to slow its roll on the inflation fight.

Powell also channeled messaging from the November FOMC meeting that left some wiggle room for a slowdown in hiking or even a pause with language about monetary policy “lags” and “cumulative” effects.

“The full effects of our rapid tightening so far are yet to be felt,” Powell said in his speech.

Cutting rates is not something we want to do soon. So, that’s why we’re slowing down.”

But the Fed chair tempered talk about moderating the pace of rate hikes in familiar hawkish rhetoric. He said that rates will likely go higher than originally anticipated and stay elevated for longer.

Powell emphasized that “history cautions strongly against prematurely loosening policy” and he insisted, “we will stay the course until the job is done.”

The markets were bouyed by the prospect of a rate hike slowdown, but they basically ignored Powell’s attempt to spin it as hawkish. It’s clear investors think the Fed is about finished tightening, regardless of what Powell says. After the speech, the dollar tanked, and stocks rallied, along with gold and silver. The Dow closed up over 700 points and the NASDAQ rose over 484 points.

In a tweet, Peter Schiff said the markets aren’t buying what Powell is selling.

Today he was as hawkish as ever, but the dollar tanked, and gold & stocks rallied. Powell’s resolve to fight inflation is contingent on a soft landing. Not only will the economy crash, it’ll be another financial crisis.”

Investors are no longer buying what #Powell is selling. Today he was as hawkish as ever, but the #dollar tanked, and #gold & #stocks rallied. Powell’s resolve to fight #inflation is contingent on a soft landing. Not only will the #economy crash, it’ll be another financial crisis.

The economic data indicates the US economy is already in a recession. The air is hissing out of the housing bubble the Fed blew up in the wake of the pandemic. Consumer confidence is tanking. The economy can’t withstand these relatively high interest rates. The entire US economy is predicated on easy money. With the Fed taking that punch bowl away, it’s only a matter of time before something significant breaks in the economy and it becomes impossible to deny the economy is in trouble.

If history is any indication, the central bank will go back to rate cuts and quantitative easing to rescue the economy – inflation be damned.

Schiff has been saying the Fed will do a hard pivot and abandon the inflation fight when the economic downturn becomes undeniable — this despite the fact that the Fed isn’t actually making any headway in the battle with rising prices.

Even if the Fed continues to hike rates, it’ll never catch up to an inflation curve this it is miles behind. Because, as I’ve been saying, the only real way to fight inflation is a two-pronged attack, which would include positive real interest rates … and we need cooperation from the US government. We need to see cuts in government spending, something that’s not going to happen. In fact, government spending is going to continue to increase, and so will the deficits that are making that spending possible.”

With the soft pivot firmly underway, the Fed can now plausibly end the inflation fight completely and go back to propping up the sagging economy. Schiff made this point after the CPI data for October came in cooler than expected.

Because the Fed now has a plausible excuse, the markets are buying stocks, and they’re buying bonds, and they’re dumping dollars, and they’re buying gold. But the reality of this report means that the Fed is in the process of pivoting even though it’s not even close to winning its fight against inflation. And it’s ultimately going to do a hard pivot even as the inflation rate accelerates and makes new highs, because the recession that we are already in is going to get much worse.”