Secretary of State Mike Pompeo recently spoke about bilateral relations with Latin American countries during an event in Kentucky. He delivered remarks at the University of Louisville Monday as part of the McConnell Center’s distinguished speaker series.

Great to be in Kentucky. Thanks to @ULmCenter and the University of Louisville @uofl for having me. It’s part of my duty as America’s top diplomat to tell Americans how the @StateDept’s mission benefits them. pic.twitter.com/u7QcqxFxGA

Pompeo spoke about Washington’s relationship with countries, including Bolivia, Cuba and Chile. He said Bolivia is rebuilding their democracy as we speak, adding, no one in the region thinks authoritarianism is the way forward. He then went on to highlight the situation in Venezuela by pointing out that the Maduro regime will not go easily.

“He (Maduro) rules Venezuelan but will never again govern it…he and other dictators like him will work to continue to suppress their people,” said the U.S. secretary of state. “Cuba, too, has tried to hijack legitimate democratic protests in its country and in the region to drive them towards their ideological ends.” 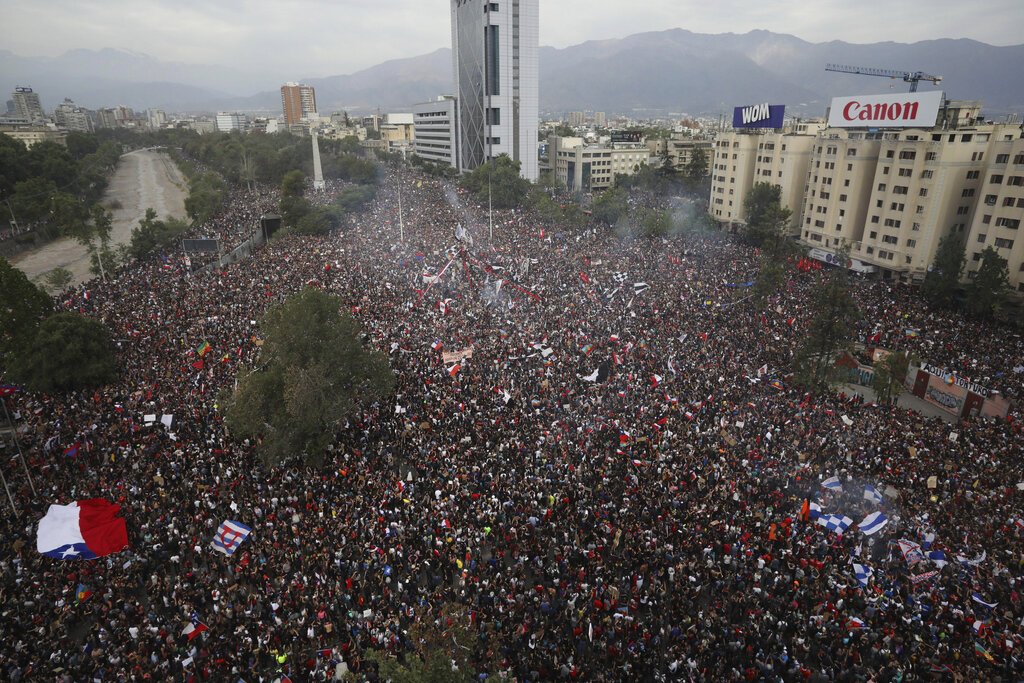 FILE – People gather during an anti-government protest in Santiago, Chile. At least 19 people have died in the turmoil that has swept the South American nation. The unrest began as a protest over a 4-cent increase in subway fares and soon morphed into a larger movement over growing inequality in one of Latin America’s wealthiest countries. (AP Photo/Rodrigo Abd, File)