Secretary of State Mike Pompeo implored world leaders to continue to stand against Venezuela’s Maduro’s regime amid the country’s ongoing economic and humanitarian crisis. At a World Food Prize event Monday, Pompeo highlighted the need for progress in agriculture to help hungry nations. He pointed to starvation in Venezuela as evidence.

“More than 60-percent of the country goes to bed hungry each and every night, and many have resorted to rummaging through garbage bins to feed themselves and their children,” he explained. “Malnourishment is so widespread that Venezuelans refer to it as the Maduro diet.”

Hunger in Venezuela is such a problem that soup kitchens have rapidly cut down on food donations due to President Nicolas Maduro cutting off humanitarian aid. The Trump administration has sent aid to neighboring Colombia in an effort to get food to Venezuelans after aid being sent to Venezuela was blocked because Maduro claimed it was sent to embarrass his regime.

Secretary of State Mike Pompeo speaks to members of the media at the US State Department, Monday, June 10, 2019. (AP Photo/Pablo Martinez Monsivais)

Maduro partially opened the border between Venezuela and Colombia, leading thousands of people to crowd the border for food. However, Pompeo believes the U.S. government alone can’t solve the issue.

“We all have an obligation to work each of these problems, it isn’t just a human tragedy when we see hunger,” he stated. “When it takes hold of a country, it can perpetuate a destructive cycle of crime and violence and instability.”

Venezuelans are also seeing a gas shortage with wait times lasting up to a week, which has led to people trying to rob those at the pump.

Looting isn’t the only form of violence in Venezuela. According to a report released by the Venezuelan Observatory of Violence, almost 1,500 minors were violently killed in 2018 — many of which were killed by military working under Maduro. 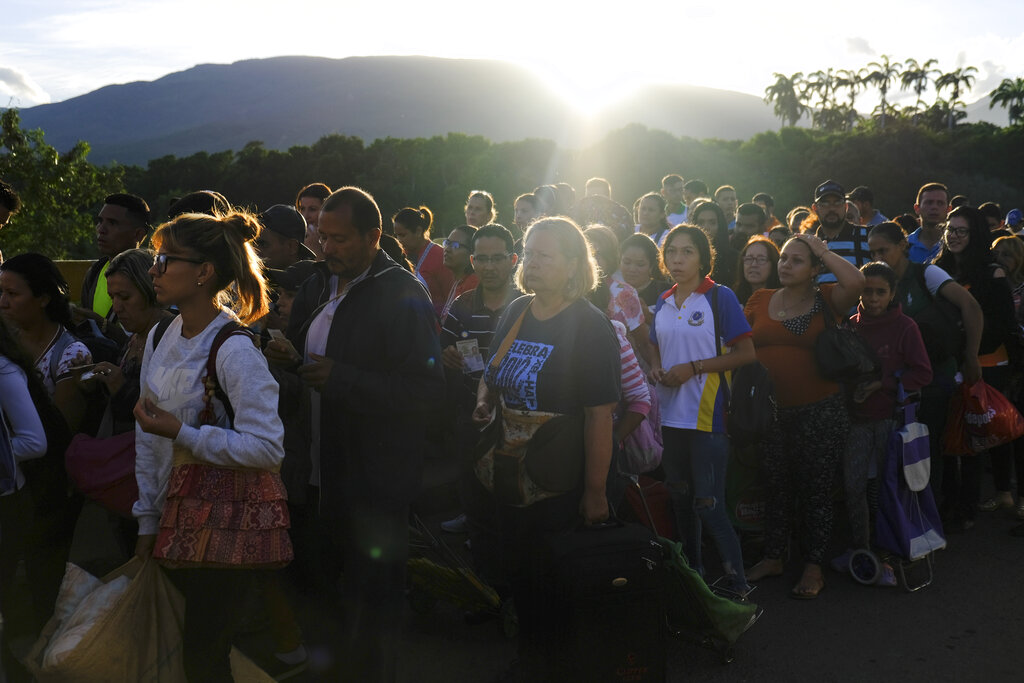 Venezuelans line up to cross the Simon Bolivar international bridge into Cucuta, Colombia, Saturday, June 8, 2019. Venezuela’s President Nicolas Maduro ordered the partial re-opening of the border that has been closed since February when he stationed containers on the bridge to block an opposition plan to deliver humanitarian aid into the country. (AP Photo/Ferley Ospina)