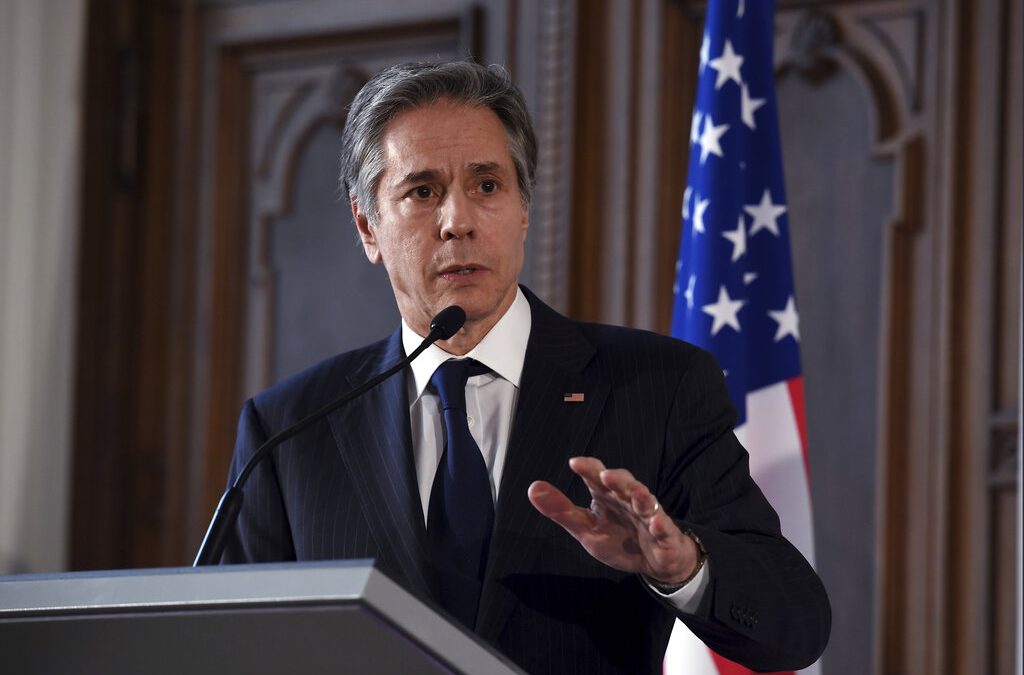 The State Department recently took a swing at authoritarian governments for their suppression of the press. On Tuesday, Secretary of State Antony Blinken addressed World Press Freedom Day and commended independent fact-based journalism as a beacon of shining light on disinformation.

Blinken specifically called out China for spreading disinformation through Taiwanese media outlets. The Chinese Communist Party (CCP) has been accused of publishing false reports of US delegates meeting Taiwanese officials and China’s military launching an invasion into the island nation.

In recent years, the CCP has increased its rhetoric claiming Taiwan is apart of Mainland China and has spoken out against America’s cozy relationship with Taiwanese officials.

“Leaders in Beijing are using the free and open media, that we ensure are protected in democratic systems,” Blinken stated. “It spreads propaganda and disinformation, and it’s ultimately an unsustainable proposition. Now it also appears that they are further using these systems to stalk, harass and threaten critics who are outside the PRC’s (People’s Republic of China) territory.”

Blinken maintains he and his Taiwanese counterparts will work together to combat these destabilizing efforts by China.

Journalists and media workers – offline and online – are essential to hold governments accountable and protect human rights. On #WorldPressFreedomDay, we call on countries to strengthen protections for freedom of expression. https://t.co/bcjHHKuYlO

This comes as lawmakers from both sides of the political spectrum are coming together to defend Taiwan with leaders in Congress calling for more military, diplomatic and economic aid to be sent to the island nation.

“Taiwan is quite literally on the front lines of the PRC’s hybrid warfare including disinformation and cyber attacks,” Blinken continued. “These are designed to basically distort the information, environment and democratic processes. So, we’ve partnered with Taiwanese authorities and civil society organizations to support independent fact-based journalism to try to build societal resilience to disinformation and other forms of foreign interference.”

Blinken criticized Russia’s alleged efforts to spread false information in Ukraine. Before Russia’s military launched its invasion, the Intelligence Community sounded the alarm on false flag operations being set up in Ukraine by Russia to stir up conflict and prompt Russia to launch a military operation. After the invasion commenced, Russian authorities reportedly locked up thousands of anti-war protestors and journalists.

The secretary added, top Russian officials have tried to downplay major offences against Ukrainian civilians while painting a narrative that it was provoked by Ukraine and Western powers trying to suffocate Russia’s international power.

“The Russian people, like people everywhere, have a right to speak freely,” Blinken said.” They have the right to form peaceful associations to common ends and they have the right to exercise freedom of expression, and to have their voices heard through free and fair elections.”

Blinken vows to work with domestic and international partners to stop the spread of disinformation. His speech precedes remarks on the Biden administration’s strategy to combat China’s ascension, which is expected to be unveiled Thursday.