Sen. Cruz calls out Sen. Sanders for hypocrisy regarding stance on Cuban protests 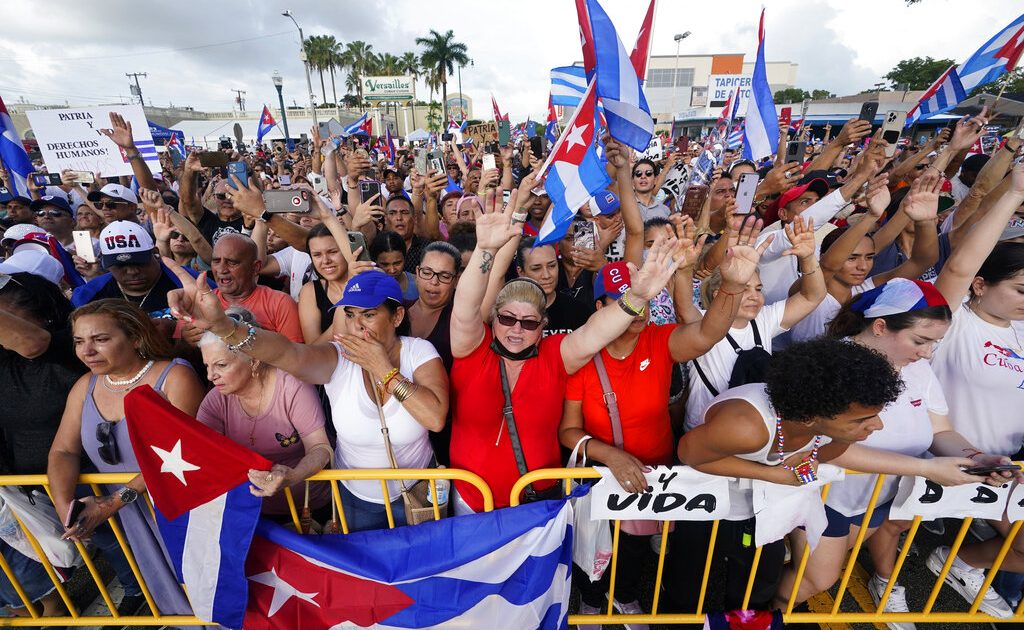 Sen. Ted Cruz (R-Texas) has accused Sen. Bernie Sanders (D-Vt.) for being hypocritical when it comes to his stance on the Cuban protests. In an interview Wednesday, Cruz noted that while Sanders claims he supports the Cuban people’s rights, the Cuban communist dictators who Sanders has praised most certainly do not.

“Right now the Cuban thugs are out there arresting protesters, they’re throwing them in jail, they’re clubbing them, they’re beating them and this is not new,” stated the Texas lawmaker. “For decades, the communist dictatorship in Cuba has committed murder, has committed torture, has committed incredible atrocities.”

Cruz noted that Cuban authorities beating its own people is nothing new while pointing to his own family members who were imprisoned under Cuban communist rule. The Republican also criticized the Biden administration’s claims that the protests are focused on COVID-19 while pointing out the protesters cries of “freedom.”

Meanwhile, Sen. Marco Rubio (R-Fla.) has criticized the Biden administration’s lack of a proper response to the civil unrest in Cuba. In a video posted to Twitter on Wednesday, the Florida lawmaker called for bipartisanship on this issue. Rubio emphasized the importance of standing with the Cuban people who are seeking to be liberated from the brutal communist dictatorship.

However, he’s especially taking aim at one member of the Biden administration. The senator called out Secretary of Homeland Security Alejandro Mayorkas for his weakness on the matter. Rubio’s concern comes as Mayorkas has previously organized trips with members of Congress to introduce them to communist Cuban officials.

A demonstrator waves a Cuban flag in the rain, Wednesday, July 14, 2021, in Miami’s Little Havana neighborhood, as people rallied in support of antigovernment demonstrations in Cuba. (AP Photo/Wilfredo Lee)