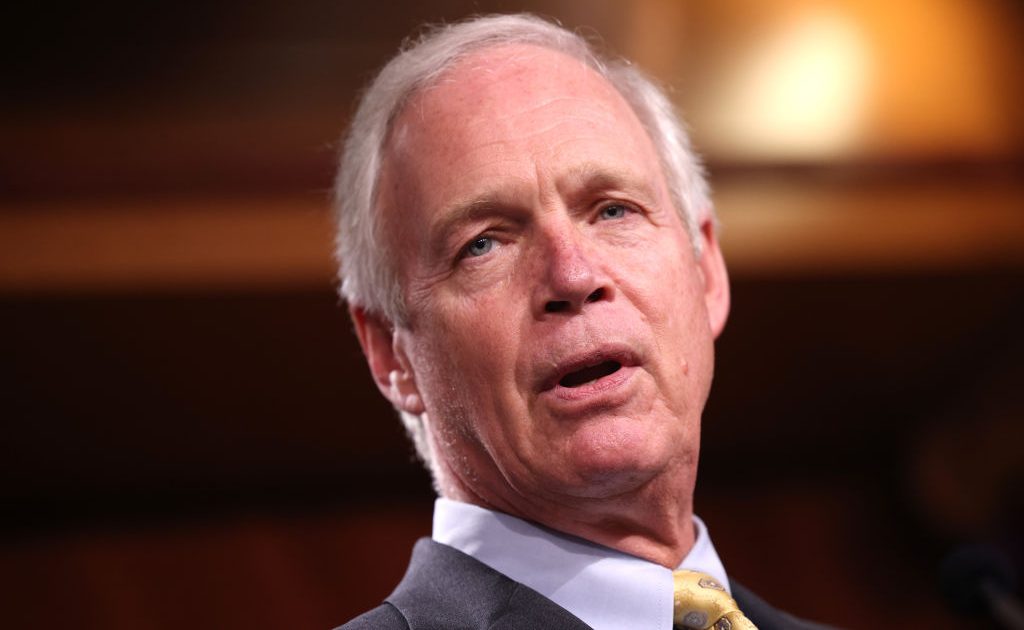 WASHINGTON, DC – AUGUST 04: Sen. Ron Johnson (R-WI) speaks on the bipartisan infrastructure bill during a press conference with fellow Republican Senators at U.S. Capitol on August 04, 2021 in Washington, DC. The group of Senators criticized the bill for being too expensive and claim it will increase the debt, inflation and taxes. (Photo by Kevin Dietsch/Getty Images)

Wisconsin Sen. Ron Johnson (R) recently called out Democrats for funding their so-called giveaway programs through the middle class. During an interview Sunday, he said the only place Democrats can get money to fund their programs is from the middle class while citing Joe Biden’s multi-trillion dollar Build Back Better Act.

The Republican senator then claimed even though the massive spending plan targets corporations with a higher tax rates, the middle class will end up paying the hidden costs.

“There are all kinds of economic studies that show that the impedance of the tax, the corporate tax, really falls on workers and lower wages,” Johnson explained. “And on consumers and higher prices. Corporations aren’t people. They’re comprised of people, but they don’t really bare the brunt of tax increase. They just pass it along to consumers and their employees in lower wages and benefits.”

The Republican senator went on to suggest the solution to addressing the country’s economic concerns would be to get Democrats out of office.

CBO says @POTUS and the Dems agenda will add to our debt, contrary to Biden’s promise.

How much more must we endure?